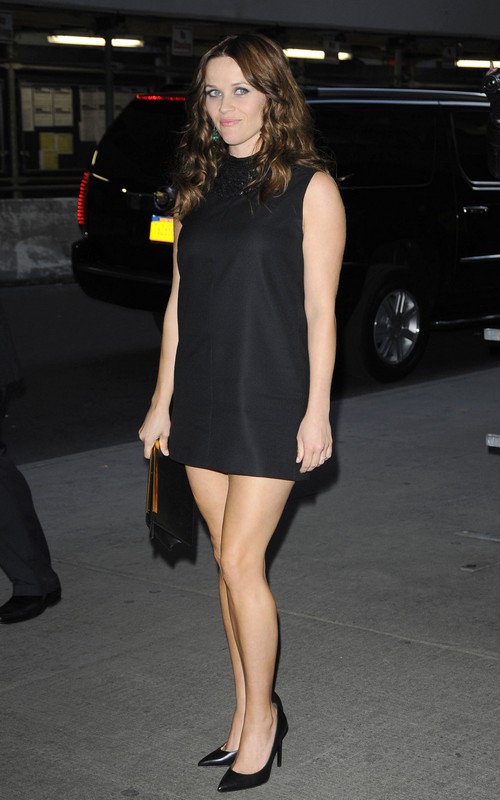 When one of America’s perceived sweetheart’s Reese Witherpoon gets arrested- for anything- suddenly everyone wants to figure out why. So of course since word broke last weekend that Reese Witherspoon was popped last weekend for disorderly conduct because she spazzed when her husband, Jim Toth was charged with a DUI, we all want to know what happened. Reese has never been one of those celebs that raises red flags. In fact if anything she has been pegged as a type A personality goodie goodie, so what the heck happened.

According to the National Enquirer Reese has been drinking to bury the pain of her parents impending divorce. That could be plausible, except that John and Betty Witherspoon actually separated back in 1996  so the family discord is really nothing new here. Maybe the truth is simply that Reese had a few too many, as did her husband and they both ended up on the wrong side of the law.

It’s funny how everyone is looking for an acceptable excuse for Reese’s behavior. Anything to keep her on that good girl pedestal. Maybe it was just a bad night and maybe all of those other nasty run ins that I’ve heard about are true too, until now we just never wanted to entertain the idea that Reese might treat restaurant staff badly or be a bit of a witch at times. Now she seems a bit more capable of appearing to be human.

Do you think she was drinking because of her parents divorce?  Maybe there are problems in her marriage that made it easier for Reese and Jim to drink their way through their night out!Tell us your thoughts in the comments below!