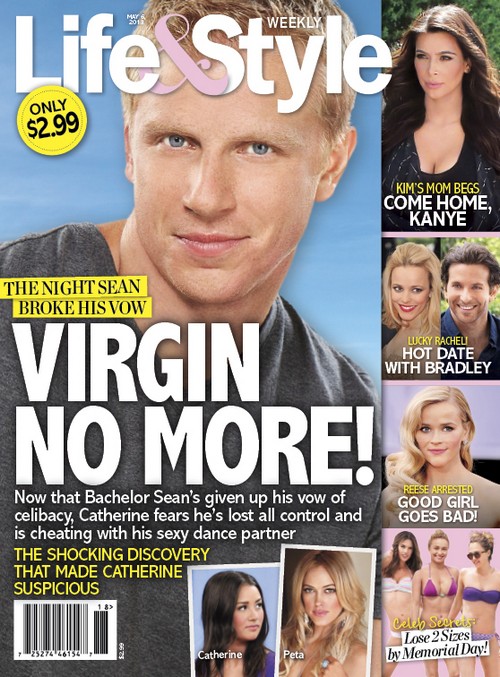 I can’t even begin to imagine how much it must suck to be Catherine Giudici right now. I mean, girlfriend gave up her regular life for months with the hopes of snagging a husband on The Bachelor.  Somehow, she actually ended up with the final rose and was proposed to by Sean Lowe. When she accepted I’m pretty sure she expected to be spending this time building a life with her new man. She uprooted herself and moved to L.A. So that they could play house, well kind of. Sean has insisted on celibacy so they have actually lived in two apartments in the same complex. Instead of some adult playtime, Catherine has settled for couch cuddles just to appease Sean.

Unfortunately, Sean’s stint on Dancing With the Stars has been the absolute worst thing for this couple. He trains 8 hours a day with the very single Peta Murgatroyd and then often opts to hang with her after practice too. All the while Catherine is home alone- or as of late she has been hitting the clubs alone. All that time alone has given Catherine the chance to really think about things and clearly, she’s not stupid. She is running on the assumption that while Sean won’t sleep with her, he’s most definitely banging Peta. He may have been a prayer warrior in the past but after grinding on Peta during practice everyday, well it has tumbled into his private life.

How long before Catherine packs her bag and buys herself a one way ticket back to Seattle? Frankly, I’m shocked that she has hung on for this long, aren’t you? Rumer has it she’s trying to stick things out until Sean gets the DWTS’ boot! Tell us your thoughts in the comments below!