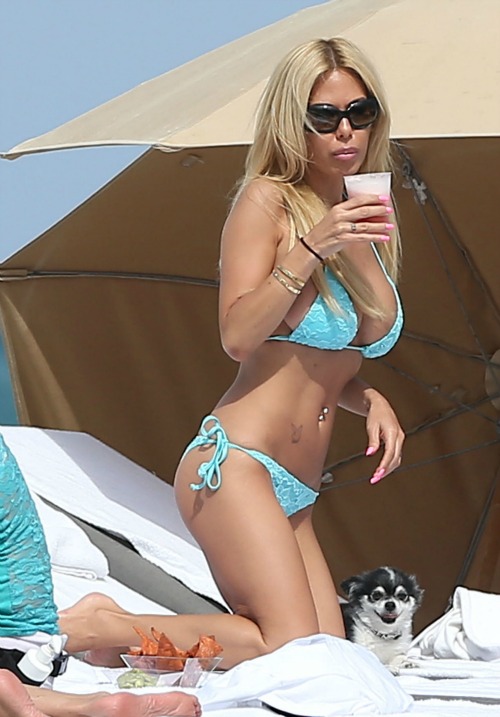 Lorenzo Lamas’ former wife Shauna Sand is accusing Sam Magid of sexual battery in a new lawsuit! If you haven’t heard of her before, let’s give you some background.

This is a woman who has had her photo taken with lucite shoes on every beach on the planet. She’s basically famous for being famous and has had sex on the beach just to get her picture taken. And we would be remiss if we didn’t mention that she also has a sex tape. Obviously, she’s a woman of loose morals. Ha. Now, we’ve learned that she has filed a lawsuit against a pal of Lindsay Lohan’s. TMZ reports:

Shauna Sand — the former wife of Lorenzo Lamas — has just filed a sexual battery lawsuit against a man who once accused Lindsay Lohan of theft.

According to the lawsuit … Shauna was hired as Sam Magid’s personal assistant for somewhere between $10k and $20k a month. According to the suit, back in October, on her first day at work, Shauna went to pick up food for Magid and his guests and when she got to his house with the vittles … he allegedly grabbed her breasts and demanded that she have sex with him.

Shauna claims she struggled as she rejected his demands. She claims he then threw money at her and ordered her to leave his house.

She claims he continued the alleged harassment by sending her text messages … threatening her.

Do you think there is any legitimacy to this lawsuit of hers? Hit the comments and leave us your thoughts.