Britney Spears & Her Boyfriend David Lucado Out On A Date (Photos) 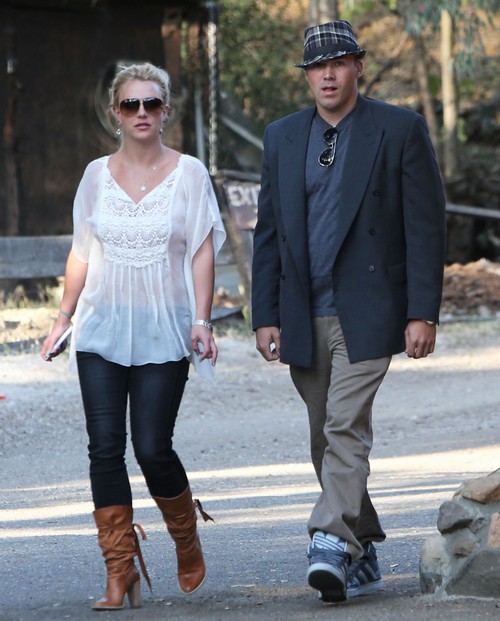 Pop tart Britney Spears and her boyfriend David Lucado headed out to dinner at Old Place Cornell in Agoura Hills, California on April 25, 2013.  Britney was dressed casually with not much makeup as she enjoyed some downtime with her new man.  This relationship looks like it suits her so much more than Jason Trawick did, she looks totally comfortable with him.

Allegedly Britney made David sign a confidentiality agreement and she had his background checked.  The was the requirement before she agreed to further her relationship with him.  According to Radar online, “Before David started spending time with Brit, he had to undergo a background check, and sign a confidentiality agreement, all arranged by Papa Spears. Jamie makes sure if things go south between Jamie and Britney, details about her life wouldn’t be made public.”

He sounds like a very nice man, “David had absolutely no problem with it, and completely understood why it was being done.”

What do you think about Britney’s new relationship?  Do you think it is real or just an arrangement made by her father so she can have someone to keep her company.