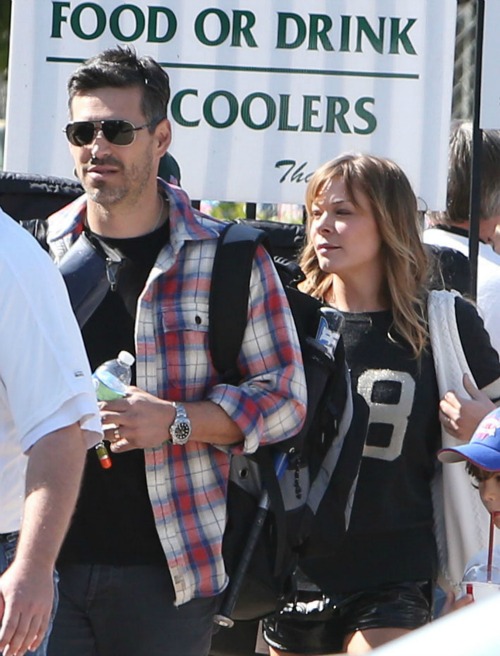 Just recently, Brandi Glanville took to her Twitter account to say that she was being contacted by an ex. Like anyone else, since she didn’t name names, we just assumed that she was referring to her ex-husband, Eddie Cibrian. It was kind of funny, but she did dispense some good advice. She basically said not to fall for any ex’s shenanigans because they’re merely trying to see if you’re still invested in them.

Now, it appears that Eddie’s camp caught wind of the Twitter message and is now denying that it’s him of whom she’s referring. An insider revealed, “This is classic Brandi…she’s getting people to think exactly what she wants.”

The snitch went on to say, “Eddie has blocked Brandi’s number from his cell, so she can no longer text him horrible things. You have to understand that she would write constant and evil things to him. No wonder he blocked her.”

The spy added, “Brandi and Eddie do not speak unless it’s about their children and even then, it’s via email. And she knows the home number if she wants to reach the boys.”

Do you think they’re lying in order to save face? LeAnn Rimes can’t have the public thinking that she’s losing Eddie to Brandi, can she?