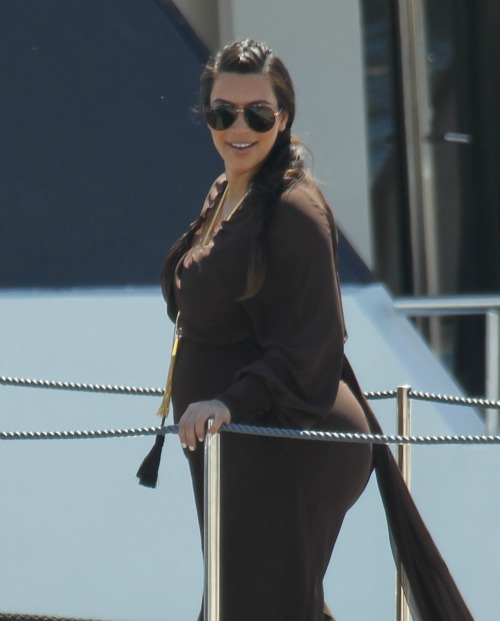 Kim Kardashian and her famewhoring family are enjoying a family vacation on the Greek island of Mykonos. What’s funny about that is that every publication that’s reporting the news is saying that Kim is every bit the “Greek Goddess”. Oh barf.

Most commenters on these sites are calling BS at the thought of Kim being anything other than a washed up sex tape star. Apparently the tabloids and other gossip blogs don’t know that the term “goddess” signifies beauty and not some reality TV actress whose babymaker has been put in the public domain.

Seriously people, what is up with that? If the gossip blogs keep reporting that she’s a “Goddess”, it’s going to start going to her head. In reality, televised or not, she looks like a whale. And that was before she got knocked up by Kanye West. What do you think?