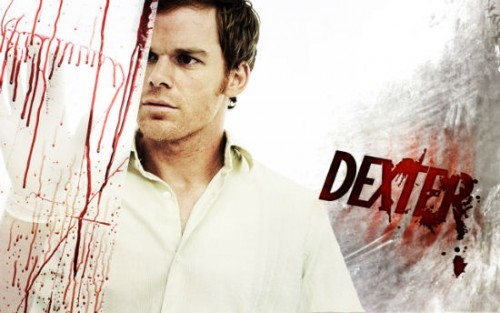 Since first airing on Showtime in 2006 Dexter is one of those series that will forever be considered a cult classic. The writing has been stellar and it’s audience has become deeply invested in the show. It all  on Dexter Morgan played to perfection by Michael C. Hall. He is a  a blood spatter pattern analyst for a fictional Miami Metro Police Department who also leads a secret life as a serial killer. The show is set in Miami and most of its very first season was based on the first in a novel series by Jeff Lindsey.

Since those early days writers have woven together rich story-lines that have Dexter constantly focusing on trying to appear normal. He has learned how to suppress his need to kill until appropriate times and had mastered faking appropriate human emotions. Things have grown increasingly difficult for him though because in recent episodes Dexter has seemed to genuinely connect with people and that scares the hell out of him.  Of course he hides his awkwardness so well that people gravitate towards him too!

Showtime confirmed on April 19th what fans were afraid to hear, season 8 will be the final one for the longtime series. New shows begin appearing on June 30th and to help get fans excited two new video clips have been unveiled to tease viewers.

Are you a fan of the series?  Will you miss it when it’s gone? Tell us your thoughts in the comments below!