Jason Aldean Has Filed For Divorce From Jessica Ussery 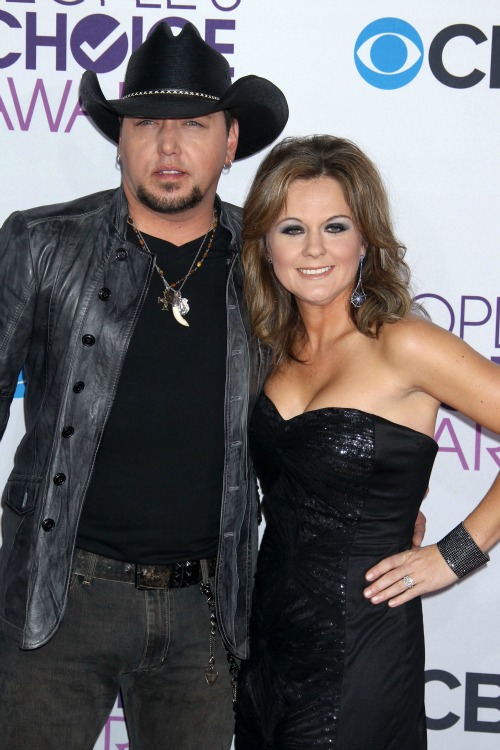 Jason Aldean has filed for divorce from his wife of eleven years, Jessica Ussery. Perhaps he wants to be free so that he can mess around with former American Idol contestant Brittany Kerr?

TMZ has the scoop:

Aldean filed papers in Tennessee on April 26 — moving to end his 11 year marriage to high school sweetheart Jessica Ussery … the mother of his 2 children. In the docs, Aldean blames the split on “irreconcilable differences.”

FYI — the 36-year-old singer filed the divorce papers on the same day he announced he and his wife had separated. At the time, Aldean’s rep had said the couple was “having problems,” but made no mention of the divorce,

The problems began for Aldean when he was pictured kissing Season 11 “American Idol” contestant Brittany Kerr on the Sunset Strip in September while he was in L.A. for a concert.

Who didn’t see that one coming from a mile away? We surely did, but we thought that it might take a little longer than it did. What do you think? Are you shocked? We’re not. Let’s just hope that Jason and Brittany are happy together…ha!