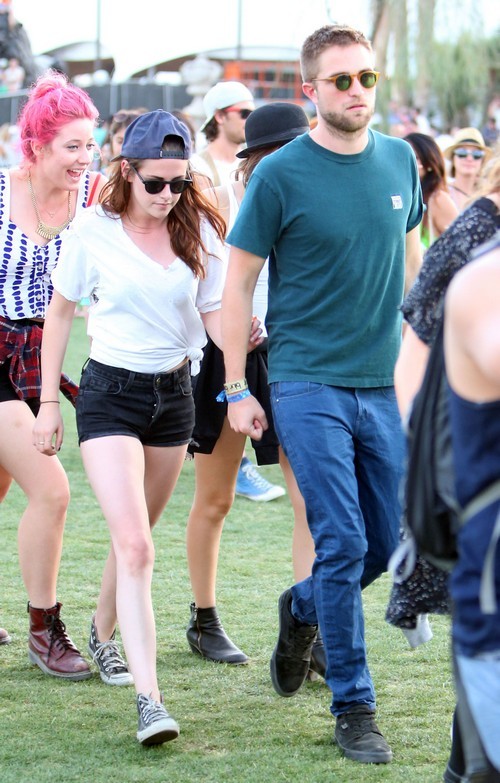 Kristen Stewart has been telling her pals that she is just about ready to take the plunge and settle down with her boyfriend Robert Pattinson.

She previously cheated on Rob with married director Rupert Sanders, but has told friends during Coachella that she and Rob will be married. A source revealed that she was overheard saying, “Rob and I will get married.”

He has already given her a commitment ring for her birthday and she has her sights set on tying the knot with the British actor. The source said, “Before the thing with Rupert, Kristen played hard to get. Not anymore. She is going out of her way to prove herself.”

Despite all of that, Rob’s new pal Vince Vaughn reportedly urged him to dump her after she cheated on him. A source said, “When Rob described how he took Kristen back after she cheated, Vince said, ‘That’s a mistake — a big one.’ He told Rob he knows how easy it is to fall into a routine, but when your girl cheats on you, you should take that as a sign that you should probably end things.”

The source continued, “Vince said he and Jennifer had a great time together but he can’t imagine settling down with someone at 26, like Rob is doing – especially someone who cheated on him… Vince told Rob he was 40 before he was done sowing his wild oats. Vince got him thinking, for sure… but there’s a level of comfort he has with Kristen that he’s scared of losing.”

Do you think Robert Pattinson and Kristen Stewart should tie the knot? Or is Vince Vaughn right to say that he should call it quits with her? Thoughts?