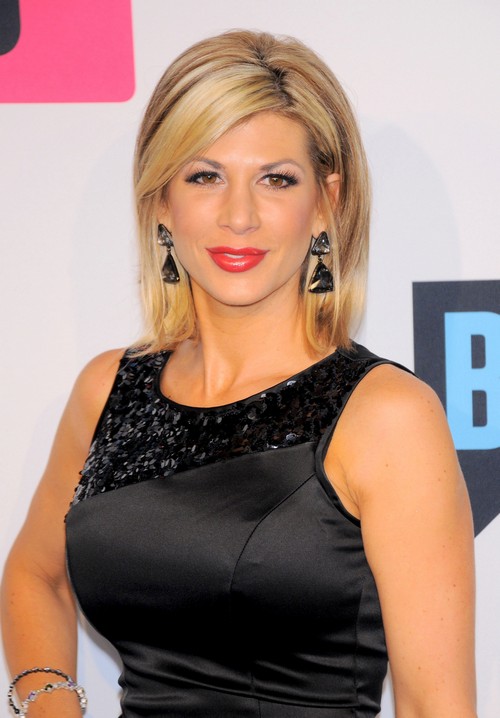 The Real Housewive’s of Orange County’s Alexis Bellino is a real piece of work. Last season she spent every possible moment bragging about the multitude of material crap she had stock piled until no one could stand another minute of it. The whole cast confronted her about her behavior and more importantly, how superficial it all made her look. Alexis left that dinner in tears and threatened to sue fellow cast mates for slander. This season she has tip toed back into the murky Bravo waters, this time instead of threatening to sue she is insisting that she was bullied.

The interesting thing is that even her friends are saying that it’s not bullying but simply people pointing out some issues that need attention. After making herself the victim yet again then Alexis blurted out that the whole situation caused her to start popping Xanax on the regular.

It must be incredibly hard for Alexis to really do some soul searching and to take a close look at herself, if getting a mild tranquilizer and the preferred method of survival. For the record, this girl has been anything but bullied. When we act like idiots our friends, true friends are supposed to clue us in and help us to check our behavior. If you’re sitting with four women who are all telling you the same thing about yourself, you should  probably at least consider listening! I think, on some level Alexis knew that they were right and just couldn’t even begin to handle the thought of facing and changing herself- hence the pills.