Jason Collins’ Fiance Had No Idea That He Was Gay 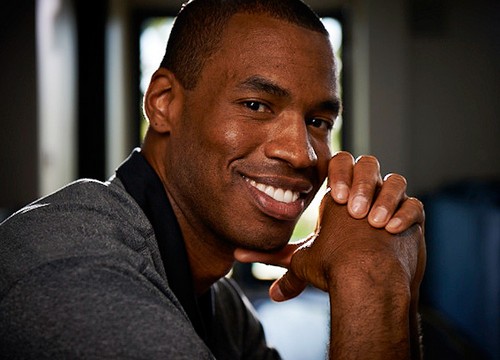 Yesterday was a historical day in professional sports, as Jason Collins announced to the world that he is  proud to be a gay man. It’s a huge deal in the world of sports because as of now, Jason is the only player still active that has been brave enough to come out. Most of these guys will wait until they retire to out themselves, if ever. Jason decided that in order to live the best life possible then he had to start being honest about everything.

No one was more surprised then his ex fiance, Carolyn Moos. She spent a few years playing for the WNBA and told TMZ this morning that never in their seven-year relationship did she once think that he was gay. Collins pulled the plug on their engagement in 2009 and at the time Carolyn felt like he gave her a bunch of BS excuses that made no real sense- until now.

Now girlfriend feels like she wasted a good chunk of her life building a relationship with a man that could never, ever give her what she really needed. The two spoke last weekend and that was when he admitted his homosexuality to her. While she never suspected it she says that it now makes their split easier to understand. Collins told her the real reason he called off the wedding was because he was gay.

I’m sure Carolyn must be feeling a multitude of emotions right now but she still has managed to wish Collins nothing but the best in his future endeavors.  What would you do if you found out that your man was actually gay? Tell us your thoughts in the comments below!