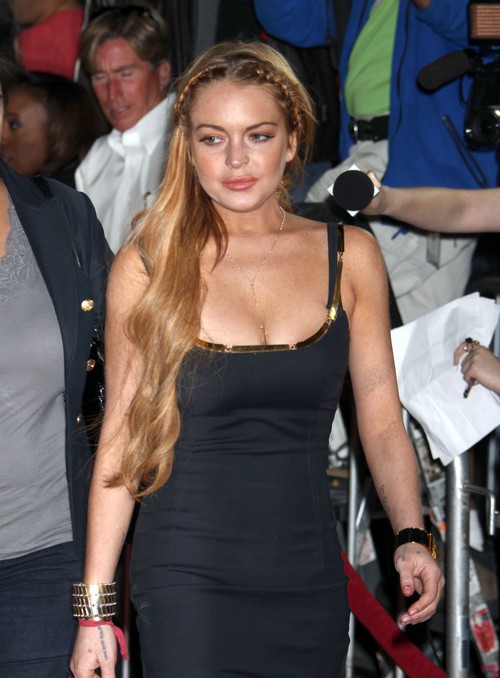 Lindsay Lohan had her super fancy and expensive Porsche Panamera towed on Saturday night. Just a mere few days before she’s due in rehab and she’s still running into trouble with the law – albeit on the down-low, but still… TMZ has the scoop:

Lindsay Lohan has more car problems than the owner of a 1977 exploding Pinto. Her latest hijinks … getting her car unceremoniously towed in Brooklyn.

Seems LiLo’s Porsche Panamera was illegally parked on a BK street and New York’s finest had it taken to the police impound yard. It happened Saturday night.

Lindsay went to the tow yard with the proper paperwork, paid the tow fee and cops drove her to her car — the lot is that big — So many scofflaws in Brooklyn.

Also of note are the rumors making the rounds about how Lindsay is trying to dodge her May 2nd rehab check-in date. She is technically supposed to be enrolled into a facility by that date, but is once again trying to put it off. One maneuver she’s said to be trying to use is switching the rehab’s location from New York to California. Reportedly, she thinks that will keep her out of lockdown for a while longer. The cracken does not wish to be rehabbed, folks. Either way, it’s not going to work because she doesn’t believe that she has a problem. What do you think?