RHOA Porsha Stewart and Kordell Stewart Are NOT Getting A Divorce 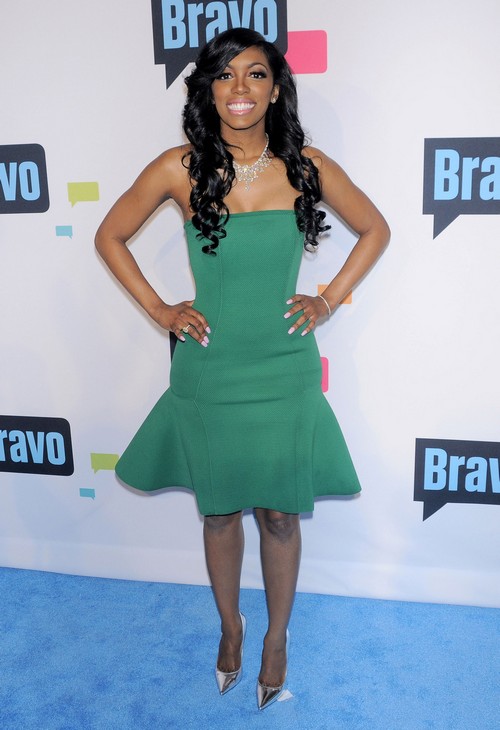 I’m not exactly sure what to think about this next story that has crossed my desk this morning. If you’re a Real Housewive’s of Atlanta fan then you already know that Porsha Stewart has been on the outs with her husband Kordell Stewart for the last month or so.  It was completely believable to think that their marriage was on the rocks because he is such a control freak. In a heartless move though, Kordell filed for divorce on the sly and Porsha supposedly found out about it the same way you and I did- the media!  She claimed that they were living together and after reading about her divorce on Twitter, Porsha woke Kordell up in the next room to ask if it was true!

Well, things just got even more interesting this morning as a very close friend of the RHOA star snitched to Media TakeOut that there is in fact, NO divorce! The whole thing is a scam set up to get Porsha another year on Bravo’s hit show! Supposedly the producers had informed Porsha that she wouldn’t be returning next year and so she and Kordell schemed to find a really good, dramatic reason to make them change their minds and bingo, it worked. RHOA’s producer’s had indeed asked Porsha to return next year because it seemed like there was going to be a pretty interesting story to tell.

Instead we’re hearing that the two are continuing to live together, with Kordell calling all the shots and Porsha being a good little self-proclaimed black trophy wife. I’m not sure if I should be happy or not. Is it good that she’s not really divorcing a control freak that very well might be gay, if 15 years of rumors amount to anything? Tell us your thoughts in the comments below!