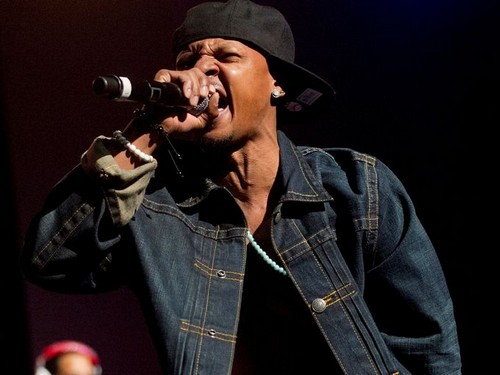 Chris Kelly, one half of the rap group Kriss Kross has died at the age of 34-years-old. It’s a shame that Chris has passed away so young, but drugs are an evil beast. At least that’s the rumor making the rounds..

Reportedly, Chris had a speedball, which is a combination of cocaine and heroin, the night before he died. His mother tried to take him home so he’d be okay, but he was found in his Atlanta home unconscious. Later, at the hospital, he died. TMZ reports:

According to the report, paramedics initially responded to Kelly’s Atlanta home around 3 PM EST — after his mother called 911 asking for medical assistance.

When help arrived, paramedics found 34-year-old Kelly lying on the living room couch — unresponsive and with “no life signs.” The medics attempted to revive Kelly, to no avail.

Kelly was immediately transported to a nearby hospital, where he was pronounced dead a few hours later.

It’s especially sad when a young person passes away. He had so much potential. May he rest in peace. Our condolences go out to his family and friends. Rap music has lost a great rapper.