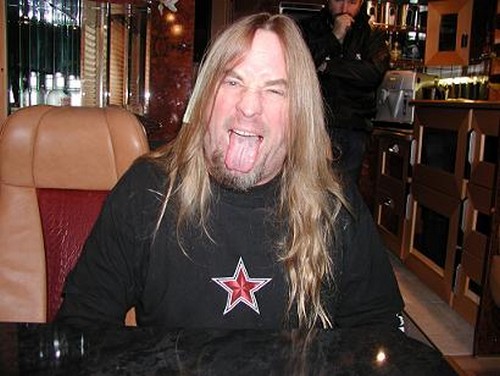 It’s a sad, SAD day for music today. First, we learned of the death of Kriss Kross rapper Chris Kelly and now, the metal community is mourning the loss of Slayer guitarist, Jeff Hanneman.

It’s a shame, really. This man could really shred on the guitar and he was a beast in the heavy metal community. Jeff had been in the hospital near his home in sourthern California when he suffered from liver failure at around 11 AM. Jeff formed Slayer along with Kerry King back in 1981.

The band is most known in the death metal community, but is most famous for their songs “Angel Of Death”, Raining Blood” and “War Ensemble”.

Jeff passed away leaving his wife, Kathryn, behind. She was said to have only gone on tour with the band twice in a twenty year span. Jeff preferred that, as he came home and felt as if she were brand new to him. He was surrounded by Kathryn, his sister Katy and his two brothers, Michael and Larry, when he passed away.

May he rest in peace. Our condolences go out to Jeff Hanneman’s family and friends in this terrible time.