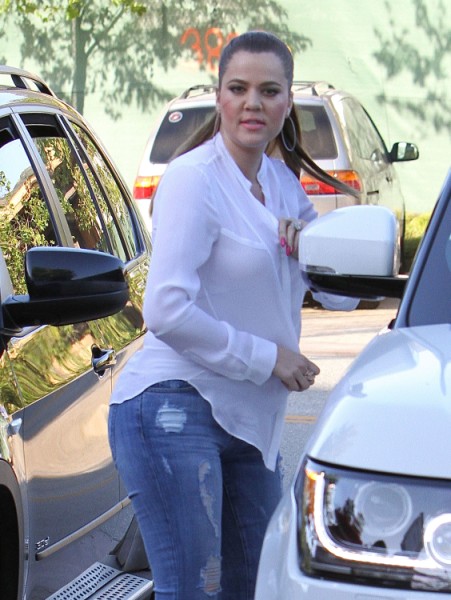 Khloe Kardashian has used the last few months to whip herself into maybe the best shape of her life. It seems that all of the stress from her rocky marriage to Lamar Odom prompted Khloe to get off of the fertility track and onto a complete fitness overhaul and she looks amazing. One thing was very noticeable though when Khloe hit up The Supper Club in L.A. Earlier this week with Lamar and that was a lot of puffiness in her face.

Of course since she is a Kardashian people instantly noticed and the rumors started. According to Dr. Anthony Youn, a source for RadarOnline,

“Khloe looks great with a figure that rivals both her sisters, however when people lose weight their face actually become thinner . Khloe’s cheeks and lips actually look puffier than before. I suspect that she may have undergone injections of a filler like Juvederm, causing her face to appear puffy.”

Perhaps since Khloe has revamped herself from the shoulders down, she decided it was time to pay a little extra attention to her face. In the past Khloe has denied ever having any sort of plastic surgery or injections, but she also admitted to not being against it either. She figured as she aged and began noticing differences in her features she would then be open to having a bit of work done. Do you think Khloe has started with injections already, at age 28? I’ll bet Kris Jenner, momager from hell has probably suggested that she work on her face as well as her body. In the past Kris has been really rough on Khloe regarding her appearance, probably because the bulk of the Kardashian image is built entirely on sex appeal. Has Khloe caved in to the pressure? Tell us your thoughts in the comments below!