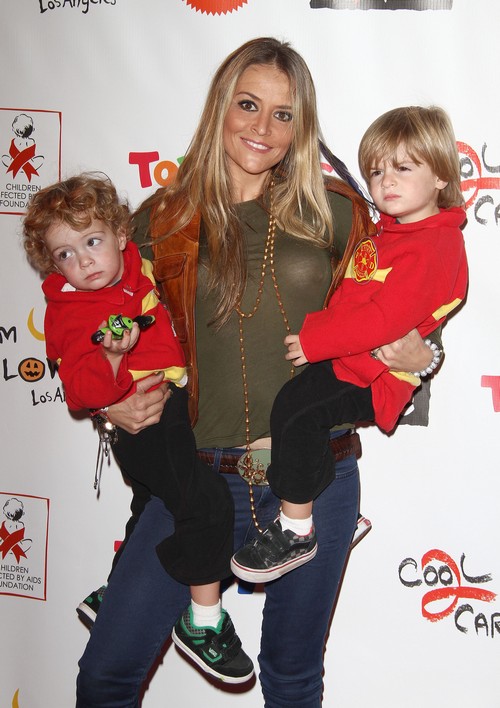 Charlie Sheen‘s 4-year-old twin boys were removed from the home of his ex wife Brooke Mueller last night.  After 19 times in rehab someone over at the L.A. County Department of Children and Family Services woke up and smelled the coffee.  We have heard that authorities suspect Brooke is back on drugs.

Because Brooke is suspected of relapsing and officials believe Brooke’s home is an “unsafe environment” for children,  they headed to her house with a search warrant and promptly removed the children.  So it looks like Brooke is headed to rehab again for the 2oth time.  Perhaps she and Lindsay Lohan who is looking for a rehab too can hook up at Betty Ford and swap Charlie Sheen stories.

TMZ has the scoop on the story, “Sources close to the situation tell TMZ … officials from the L.A. County Department of Children and Family Services arrived to Brooke’s home Thursday with a warrant — and took 4-year-old Bob and Max out of the house.  Sources tell us … officials determined Brooke’s home was unsafe because they suspected she was using drugs again — something she’s been struggling with for years — and they believed the children were in danger.”

So while Brooke is back on the crazy train, her twin boys are said to be in the custody of another of Charlie’s exes Denise Richards.  A court case is set for next week to decided a more permanent situation for the boys.   After 19 times in rehab you would think some official would have figured out these children need to be away from their mother!