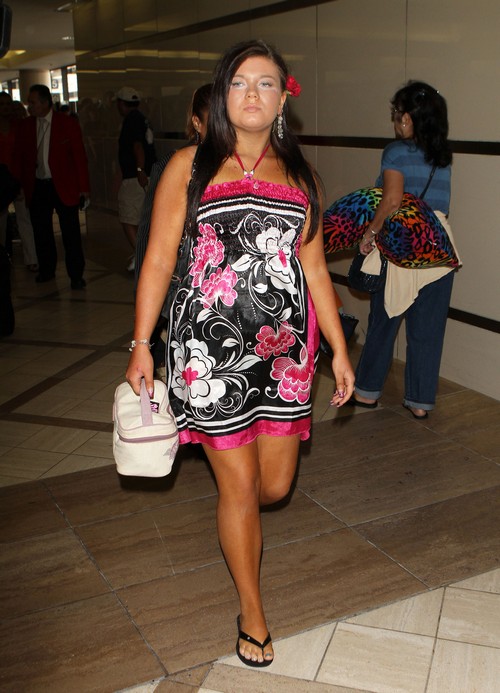 I realize that when MTV was casting Teen Mom they were originally wanting to show their viewers’ that being a mother too young is a really rough path, so they weren’t going to gravitate towards kids with a lot of support.  However, as the years have dragged on and we have watched each and every one of the cast members’ lives’ play out in more often than not, a totally dysfunctional way, you have to wonder what kind of talent pool MTV was swimming in.

According to the May 13th print edition of In Touch, a new tell-all book on the show is telling the stories about cast members that even the former music network didn’t want you to know! Remember when Amber Portwood was thought to be the biggest train wreck of the group? There were her violent fights, substance abuse issues and just a general inability to care for her little girl. Amber ultimately chose years in jail over even attempting to keep her life together on the outside- a ridiculously drastic step for such a young woman!

Little did we all know just how troubled Amber really is and has been for years. At age 15, long before MTV came calling, Amber tried to hang herself from her bathroom shower. Obviously the attempt failed, but it speaks to the desperation that she was already feeling. MTV knew Amber’s history and cast her anyway. That leads me to think that they weren’t just looking for good storylines, but were angling for kids with serious issues and mental health problems already in place!  Talk about cherry picking already messed up people to easily exploit!

I don’t think you’re any more surprised to hear about Amber’s past than I am, but should MTV found a shred of moral conscience when casting Teen Mom? Tell us your thoughts in the comments below!