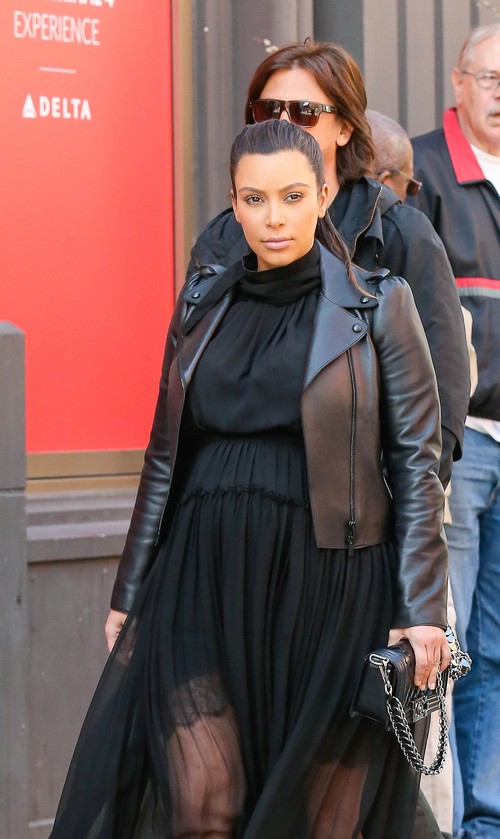 Is Kanye West pulling out all of the stops in order to push his current girlfriend, Kim Kardashian on to Anna Wintour?

It’s long been rumored that Anna doesn’t want Kim or any of her sex tape shenanigans around her baby, Vogue. We can’t say that we would blame her, Vogue is and always has been a classy publication. It has also been rumored that Anna didn’t want Kim anywhere near the Met Gala even though she’s dating Kanye. So perhaps they are all sitting down to smooth over everything?

Is Kanye trying to push Anna into featuring his girlfriend for the next cover of Vogue? A source said that Kim decked herself all out in Prada for the occasion and had dinner with the magazine editor.

A source told Star magazine that while Anna thinks that Kanye is ”terrific”, she thinks his girlfriend, Kim Kardashian ”the worst thing since socks and sandals”.