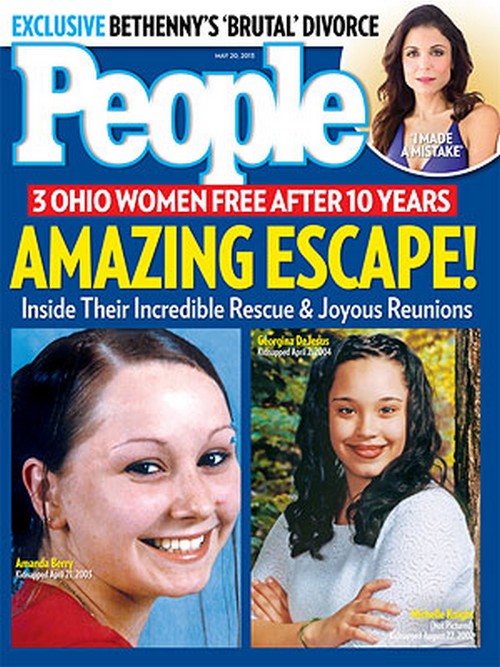 The biggest breaking story of this week is the rescue of three young women, Amanda Berry, Gina DeJesus and Michelle Knight that were kidnapped and held prisoner foe over a decade by Ariel Castro. According to his family members, Ariel showed up at his mother’s house Monday afternoon ready to do yard work and break bread as usual. According to family members the man seemed quite at ease and was in good spirits. Obviously he had no idea that his house of horrors was about to be discovered by police and that his working class neighborhood would be horrified by what was right beneath their nose.

According to an in depth look at this whole breaking story by People Magazine, there may have been some signs that something wasn’t quite right with Ariel and his home. One young neighbor says that she was directed to steer clear of Ariel and his property.

“I grew up knowing him and he was always nice and friendly,” says Feliceonna Lopez, 16. “He would give us motorcycle rides. Out of nowhere he started acting crazy, and my mom told me to stay away from his house. He started boarding up his house about four years ago. He stopped talking to everyone when he used to come to all the parties. He just got weird.”

Slowly other things have started to come out, like the neighbor who called police after seeing a woman pounding on the window. The police came out but when no one answered the door they never returned. It looks like there were some signs of trouble on Ariel’s property and as charges are finally brought against him and his two brothers, Pedro and Onil Castro, we’re sure to learn more in coming days.

Do you think that Amanda Berry, Gina DeJesus and Michelle Knight are Castro’s only victims? Tell us