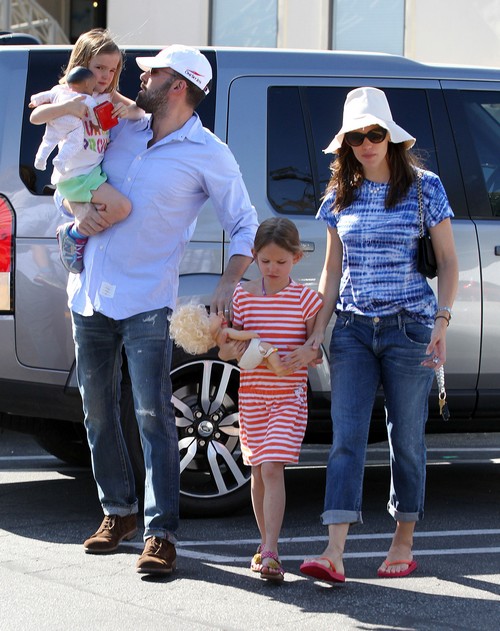 I guess if you’re in the business of producing reality television shows then it’s really important to come up with a new idea here or there and it seems that one such Hollywood bigwig thinks he has a fabulous idea. Casting an A-list celebrity family (in other words NOT a Kardashian) and letting the cameras roll as we watch them try to live their version of a normal life while in the constant spotlight.

According to the National Enquirer, Ben Affleck and Jennifer Garner are being courted for such a project. After his Oscar speech it seemed that everyone assumed that the couples’ marriage was in trouble because Ben had referred to it as work. So this idea was pitched in order to allow the couple to show fans what exactly Ben was talking about. Personally, I tend to think a big deal was made over nothing there. It takes work to make two careers jive with raising three kids. Someone always has to sacrifice something and acknowledging that keeping a family happy and stable is work, well that’s just common sense to me. Nothing is ever easy.

As for Ben and Jen doing a reality show, I wonder if they’d bite the bullet and do it. Clearly it’s new territory for both of them, but it’s also not the best idea if as a general rule they try to protect their kids from the glare of Hollywood. It would give them something to work on together though and that would sure be a novelty.

Would Ben and Jen ever dare to bring their family into our homes each week on a reality show? It seems that very few marriages have survived after filming a show so it could actually make their lives a real mess in the long run. Would Jen really want her babies on camera? Tell us your thoughts in the