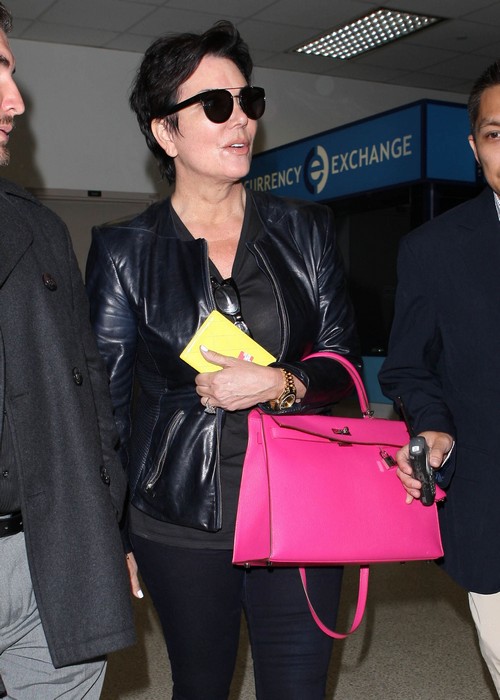 Kris Jenner‘s new talk show is set to debut in July 15th, 2013.  One problem though, it seems that some celebs do not want to be associated with the money grabbing Kris Jenner.  Repordidly, Kris is shocked that A-list celebs are saying no way or worse still are ignoring her calls.  Makes sense to me!

Any credible celeb does not want to hitch their wagon to the Kardashian machine.  According to Star Magazine Kris is, “flabbergasted when every A-list celeb she invited to appear has either refused or flat-out ignored her.  Kris thought Hollywood’s biggest names would be lining up to come on her show, but they’re not even taking her calls.”

Kris expected A-List celebs to be beating down the doors to get on her show.  Don’t worry Kris I am sure if you look hard enough you can find enough D-list celebs who will be glad to sit down with you!

What do you think Hiccupers will you be tuning into Kris’s new talk show or will you be passing on this one?