Kanye West Taking Kim’s Baby To Paris & Leaving Her Behind? 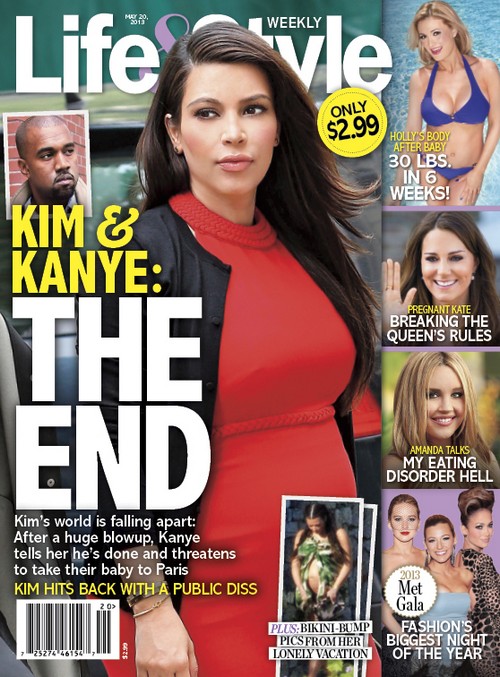 Has Kanye West been threatening to take his baby with Kim Kardashian over to Paris once she gives birth? That’s the lead story featured on the cover of the latest issue of Life & Style magazine. We would have to wonder out of these two who would make a better parent, but we got nothin’.

On that note, they are both super busy people. Secondly, she is a complete and total famewhore who would do just about anything for a buck or two. He’s a pretentious douchebag with a God complex, so it’s really just a toss up. Perhaps when Kim gives birth to their baby, they could just sign it over to Denise Richards? HA! She does seem to be the person in Hollywood who is super responsible and good with kids. Charlie Sheen trusts her. We kid, we kid.

According to the tabloid, Kanye and Kim had a huge fight and he has threatened to take their baby to Paris. According a source  for the mag, “Kanye is absolutely insistent that the baby will be raised in France, but Kim is refusing to let that happen.”  Parlez vous custody battle? What do you think?