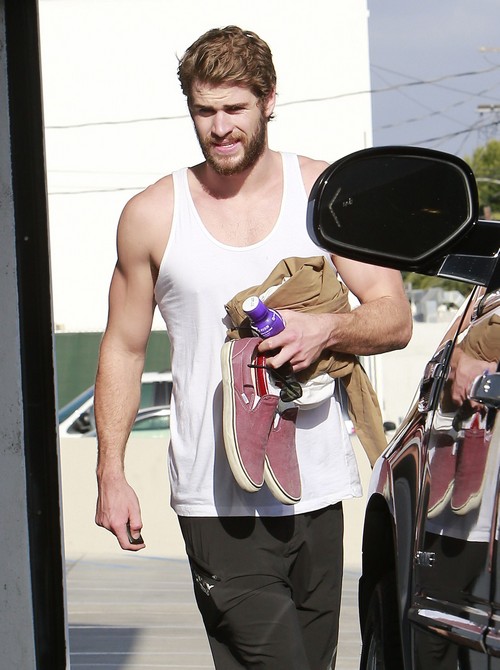 Liam Hemsworth’s brothers were trying to convince him that he really needed to dump his former Disney star girlfriend Miley Cyrus.

According to the latest gossip, Liam’s brothers Chris and Luke have been pushing him to break off their engagement. They even went as far as staging an intervention in order to try to talk Liam out of marrying her. Us Magazine reports:

Oh, brother! Liam Hemsworth’s actor siblings, Chris and Luke, were so fired up about the relationship between their little brother and fiancee Miley Cyrus, they staged an intervention with him in April.

“They want him to end the romance for good,” a source tells Us Weekly. And apparently their words have made an impact. The couple of nearly four years — who got engaged last June — recently stopped making wedding plans and have been spending plenty of time apart.

Take May 1: While the singer, 20, partied at Beacher’s Madhouse in L.A., the Hunger Games star, 23, hung out at Chateau Marmont. Though one source maintains the duo aren’t done, another insider adds, “Liam’s pulling away.”

We don’t believe that they are good together, either, but you don’t see us staging an intervention. Seriously, though….why do they feel the need to butt in? Liam is a grown man capable of making his own decisions. What do you think?