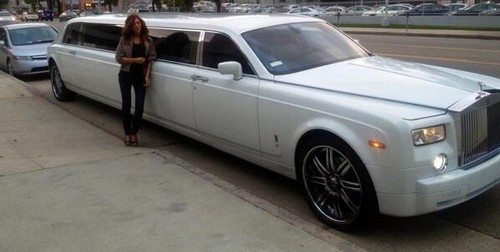 When Farrah Abraham was told about Catelynn’s comments she was momentarily stunned before saying:

“It’s either jealousy or immaturity. I feel like if she was in the position I was in and she like knew me… I don’t understand why she would say what she said. It’s either jealousy or immaturity, but I don’t understand why at this point and time she would say that. I’m just moving on and not talking to people who don’t support me.”

While many of us would like to have Farrah’s million dollar paycheck, I think we’d rather find a better, less demoralizing way to earn it. I highly doubt that Catelynn is jealous of Farrah’s status as Teen Mom’s new top dollar whore. Something tells me that she has different aspirations, don’t you think?

Do you think there is any twinge of regret on Farrah’s part for stooping this low? She says that she trusts no one and doubts that she’ll ever have another relationship. At least for now she has made that pretty impossible. Guaranteed every dirt bag she runs into will try to use her either for sex, money or both!  Rather than calling Catelynn jealous I think Farrah needs to disappear for awhile to think long and hard about her messy life, don’t you agree? Tell us your thoughts in the comments below!