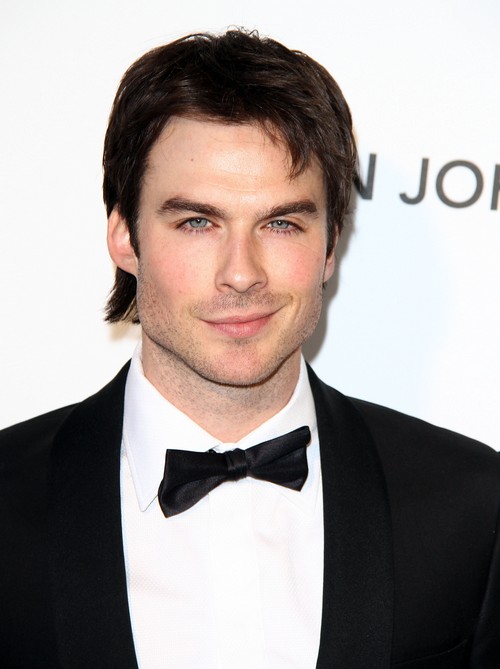 We weren’t all that shocked to learn that Vampire Diaries co-stars and real life couple Ian Somerhalder and Nina Dobrev called it quits. In fact, it was common knowledge that the former couple were having problems for quite some time now.

Now that they have gone their separate ways, folks are wondering what exactly happened! Was there cheating? Did work come in between their relationship? What is going on?!?
They’d been together for three years and were really good friends beforehand, but their mutual friends say that there isn’t any bad blood between them at all. A snitch said, “There was no mean spiritedness behind either of their motives. The relationship kind of brewed out of a friendship and the fact that they had to get into a romance for the show.”

The source added that the breakup was “inevitable”. Of course, they are professionals and will continue to work together on the show. In fact, they are remaining amicable despite a tweet that Ian put out there yesterday which had us scratching our heads. He tweeted, “A thought for today: ‘People change and forget to tell each other.'”

Another rumor making the rounds is that he wanted to get married, but she wasn’t looking for that. What do you think happened? Let us know your thoughts in the comments!