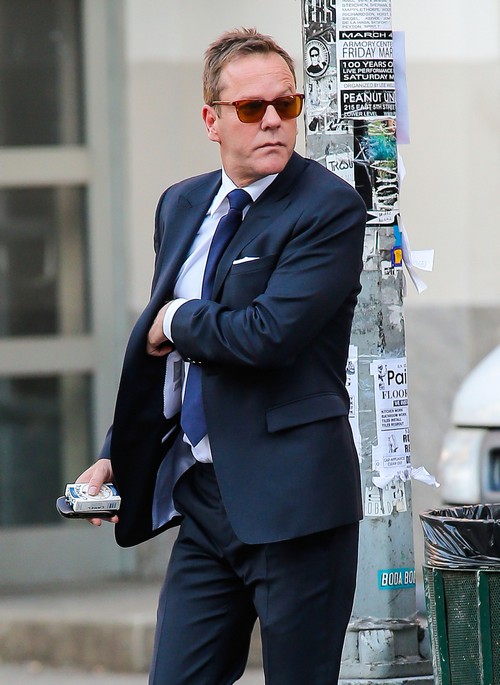 Kiefer Sutherland really hit character gold when he signed on to play Jack Bauer on the long running series, 24.  When the show ended in 2010 it was widely speculated that it would come alive once again on the big screen and the final episode was written to accommodate future projects if the powers-that-be wanted to bring the series back again.

After the show ended Kiefer signed on to do the FOX series, Touch which was a complete departure from 24. Instead of portraying a federal agent, Kiefer was a father desperate to communicate with his mute son. The boy seemed to be extra-perceptive and while Kiefer shined in the role it’s pretty clear that his fans really like to see him in a more rough and tumble role.

Touch survived for two seasons, only because Kiefer was attached to it and now FOX has finally opted to pull the plug. This of course is leading the way for rampant speculation that Kiefer is ready to return to the character of Jack and the actor himself is doing little to deny the possibility. In fact he has spent the last year expressing his readiness at doing a full 24 feature film. He says the rest from the action series did him good and now in reflection there are really only amazing memories that Kiefer would love to add on to.

According to Deadline this week, Kiefer and FOX are actually in talks to bring back 24 as a limited run series on the network. I’m not exactly sure how they’d do that but I’m sure millions of diehard 24 fans would be thrilled to see it return even briefly to their television. Would you be tuning in as well? Tell us your thoughts in the comments below!