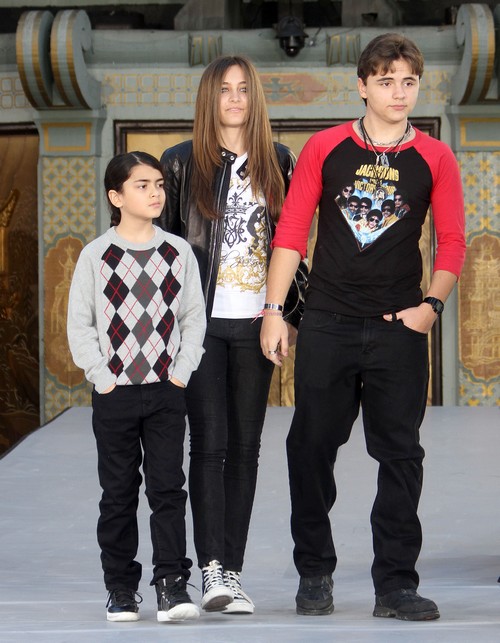 Michael Jackson was relentless in insisting that his children be shielded from Hollywood and anything else that could ultimately strip them of their childhood. It was his mission because he had felt that he was never allowed to just be a kid and that played a big role in messing him up. He never wanted his children, Prince, Paris and Blanket to suffer the same loss of innocence that he felt he was missing.

Even when they were in public their father hid their identities so that they could go out with nannies and just enjoy themselves. Given all of this I wonder how Michael Jackson would feel about his kids testifying on his behalf now.

Since the Jackson has waged a $40 billion dollar wrongful death suit against AEG Live, the concert promoter behind his last tour, it has been decided that Paris and Prince will both be called to testify on Michael’s behalf. They will tell about his final days and how functional their father actually was. According to the May 20th print edition of In Touch it’ll be like Michael speaking from the grave and the family is counting on the kids testimony to win major points.

The downside is that AEG Live’s attorneys will no doubt demolish Michael’s childrens’ view of their father. They have an idealistic view of the man who raised them and have often been shielded from the negativity that trailed Michael. Putting Paris and Prince on the witness stand will inevitably mean that they lean things about Michael that they never knew and according to some, the result could be absolutely crushing.

Do you think that the kids should be called to testify if it will ultimately cause them a world of hurt? Is the Jackson family doing the right thing here or should they go after AEG Live without the testimony of Michael’s kids? Tell us your thoughts in the comments below!