Suri Cruise Launching A Fashion Line – Would You Buy? 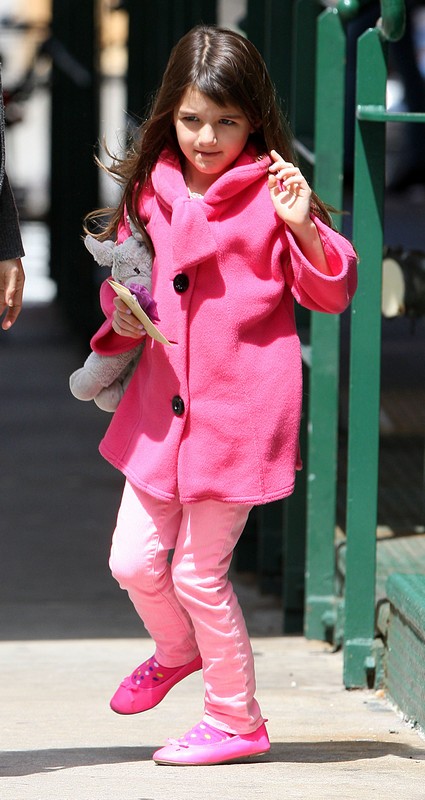 I guess when your parents are Tom Cruise and Katie Holmes the sky really is the limit, so it shouldn’t come as too much of a shock to hear that Suri Cruise has already landed her first business deal- at age 7. The young girl is clearly already a fashionista and has always had a wardrobe that other girls couldn’t even imagine. Suri has watched her mom’s absolute love of fashion and it has rubbed off I guess because there is now a 1.5 million deal in place that will allow Suri to launch her very own fashion line.

According to Celeb Baby Laundry, Suri will be designing her own dresses, tops and jeans with the help of Katie and Jeanne Yang. The line will launch this fall in a NYC department store and if it does well then you can expect to see Suri’s line in stores across the U.S. In 2014.

I think last summer everyone was expecting Suri to have an extremely difficult year, transitioning as her parents officially divorced. Katie moved her to the Big Apple and Suri began first grade in a normal school setting. All of the changes seem to have done her a world of good. Instead of seeing her carried around at all times of day or night, Suri is now more like a typical first grader with play dates and a regular bedtime. Those close to her say that this fashion line will not take over her life, it simply will give Suri a hobby and the opportunity to do something that she enjoys. School work still will come first though.

I think Suri has really thrived in NYC with Katie this past year, don’t you? Tell us your thoughts in the comments below!