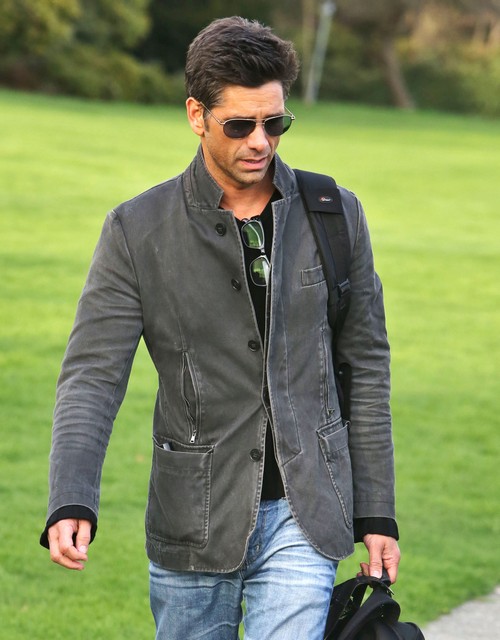 Many of Hollywood’s A-list actors have gotten their start working in daytime television. Soaps may occasionally get a bad rap but where else does an actor get to work on camera five days a week, building a character and adapting to unique storylines? It has always been a gold mine and is a great learning ground- so great that many actors have opted to stay in the genre because they love the grind and consistent work. Others have paid their dues, learned a bunch and then moved onto bigger projects. John Stamos is one of those actors. He got his start back in 1983 portraying Blackie Parrish on General Hospital. The role was short lived but memorable because everyone loved John.

Unfortunately over the years John has failed to show any love for the genre that first brought him into millions of households. According to the May 20th print edition of GLOBE John wouldn’t even make an appearance at General Hospital’s 50th anniversary celebration. It was a diss that pissed off not only his former costars, but also a few good friends. Kin Shriner met John on the GH set back in the 80’s and the two have remained close but even he had harsh words for the actor, calling him “an ingrate” among other things!

John obviously has completely forgotten his roots and that if GH hadn’t hired him in the first place he may not have had the career that he has enjoyed so far. This wasn’t the first time that John snubbed the show that gave him his start so it’s pretty clear that he now thinks he is way above the whole daytime genre.

Do you think that John needs to check his ego once and for all?  Do you remember him back in his GH days?  Should he be a little more grateful to the show? Tell us your thoughts in the comments below!