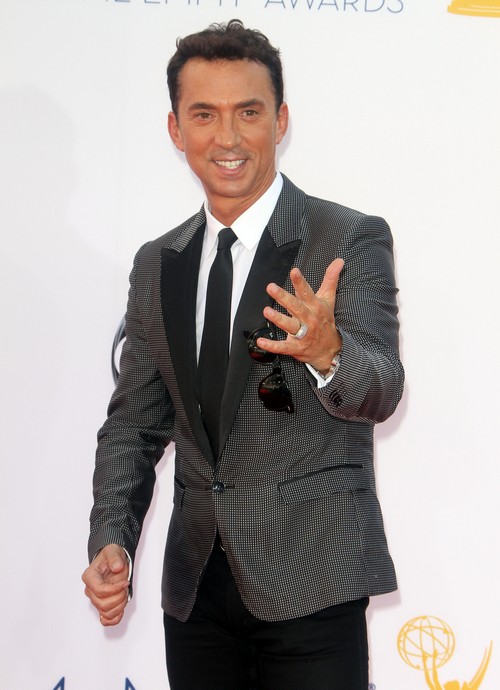 Bruno Tonioli isn’t exactly a guy that you want to make mad because he thinks nothing of lashing out and speaking his mind. NBC is currently on Bruno’s crap list for daring to put their mega hit show, The Voice up against his beloved Dancing With the Stars.  The Voice is blasting the ballroom bonanza out of the ratings water and Bruno recently vented his frustration at the situation.

According to the May 20th print edition of GLOBE Bruno can’t even begin to understand why NBC would do this to fans of both shows. DWTS’ has always occupied the same time slots each week for years now and by putting The Voice on opposite NBC clearly knew that it would be dividing fans of both shows. The fiery Italian believes it was wrong to make viewers have to choose between their favorite shows.

Isn’t that what it’s all about though? I mean if The Voice kicks a barely watched shows butt who cares. But if it can steamroll over DWTS, well then that is a real victory and it gives it more credibility, right? Isn’t this what the networks have always done? Bruno is just mad because his show is affected and I’m going to go out on a limb here and bet that if DWTS was winning the ratings war then he would have no issue whatsoever with The Voice being on at the same time!

Do you think that this is an indication that maybe DWTS has already seen its glory days?  Is the show beginning to show some signs that it is past its’ prime?  Do you think it would win the ratings war if it were up against something other than a top show, or is it simply beginning to slide in popularity? Tell us your thoughts in the comments below!