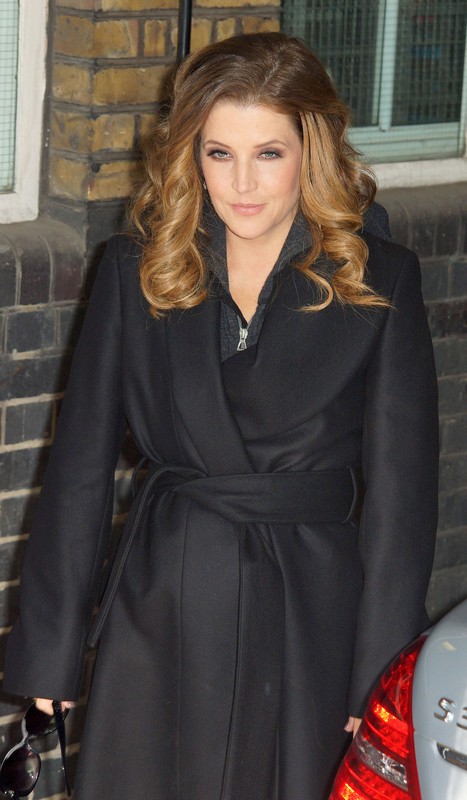 The wrongful death civil suit of Michael Jackson is expected to bring a whole bunch of witnesses to the stand that will no doubt have some explosive testimony to add to the mix. The Jackson family is suing AEG Live for $40 billion dollars and insisting that if not for their influence Michael would still be alive and well today. They don’t intend to go down without a fight and so the witnesses that they have called are intended to prove that Michael was a train wreck long before signing on to do his last tour.

According to the May 20th print edition of National Enquirer, Lisa Marie Presley is one of those voices that is expected to give some pretty explosive testimony. Because it’s a civil trial she can be grilled about all of the dirty details of her 20 month marriage to Michael. If under oath then Lisa will be required to answer things about her sex life with Michael (or lack of it), the real paternity of his children and all of that rumored drug use.

After divorcing Michael, Lisa Marie later revealed that she had believed that Michael was addicted to Demerol near the end of their marriage. If AEG’s attorney’s can show a pattern of extended drug use on Michael’s part that may just be their ticket out of the wrongful death charges. Lisa Marie is certainly the one to ask too. She had known Michael since she was 7-years old and knew his history and life story perhaps better than anyone else.

Do you think the Jackson’s will win their suit against AEG? They also intend to have Paris and Prince Jackson testify on their father’s behalf. It’s a decision that has been met with lots of criticism because the kids have never really heard the truth about their father and putting them on the stand leaves them wide open to learn things that might be crushing to have to deal with.  Is it all worth it in the long run to try and avenge Michael’s death this way? Tell us your thoughts in the comments below!