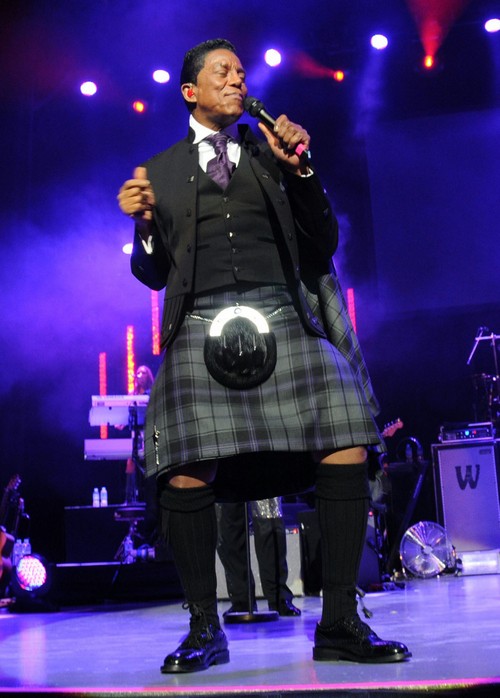 Isn’t it amazing how the Jackson family remains relevant without ever releasing new music?  It’s hard to believe that music is what made them all famous in the first place especially when you realize that when talking about the family now it is always a legal reference. On May 1st Wade Robson, one of the best choreographers to emerge in the last twenty years, filed court documents in an attempt to sue the estate of Michael Jackson. Supposedly Wade had suffered from some repressed memories that recently came barreling to the surface and he wants something (cash) for the turmoil that it has caused him.

TMZ recently caught up with Jermaine Jackson who called the whole situation a flaming pile of “bullshit”. According to Jermaine, Wade was a star witness back in 2005 and helped top defend Michael by insisting that as a 7 year old he had at least 20 sleepovers but nothing inappropriate ever happened. Jermaine believes that because Wade made these original statements under oath there’s no way that what he says now is the truth.

Of course bad memories flaring up out of nowhere is exactly the definition of a repressed memory so it’s certainly possible that Wade has remembered some new stuff. Jermaine is insisting the star in his own right is looking for fast cash but I’m not so sure about that. Wade has choreographed for every big name and he rakes in a ton of cash doing so. He doesn’t need to resort to desperate measures to make bank. Do you believe that Wade has recently come to terms with his time with Michael? Or do you think he is another person lying to try and get some cash from Michael’s estate? Tell us your thoughts in the comments below!