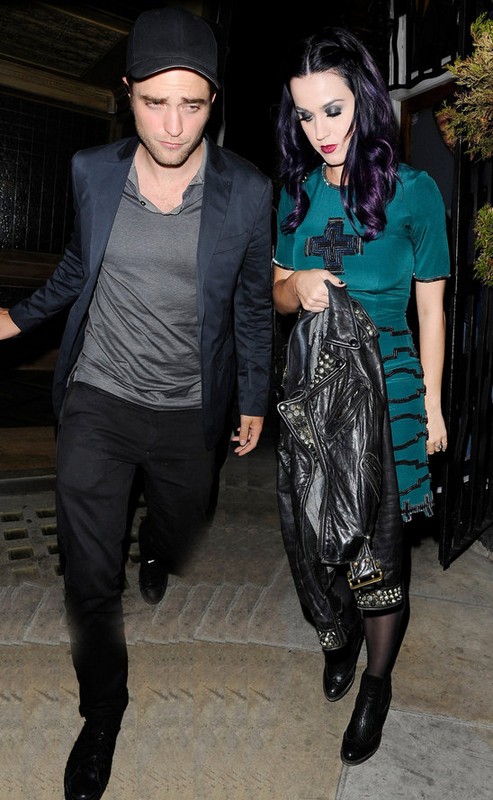 Remember back in late April when the internet lit up with rumors that as Robert Pattinson was in NYC Kristen Stewart appeared to have been seen getting into Rupert Sanders car?  Everyone jumped to the conclusion that Kristen was back to her old games but just now we’re learning about that little bit of time that Rob spent on the other side of the country and as it turns out, he wasn’t alone!

According to National Enquirer Rob was in NYC and spent a good chunk of the weekend running with Katy Perry.  The two attended a concert together at Bowery Ballroom and then got cozy together at a lounge in Trump SoHo.  Apparently it’s not a new friendship either. They have always really clicked and shared serious chemistry but kept it friendly because they’ve always been involved with other people. Now it seems that circumstances have changed and they really relate to each other. Kristen famously cheated on Rob and Katy has a knack for wasting her time on guys that can’t be faithful.

On this particular weekend the two really connected  and those close to both really are hoping that it’ll lead to something serious. Rob’s family and friends have all encouraged him to drop Kristen once and for all and Katy needs a guy that is capable of loyalty.

Can you see Rob and Katy getting together?  Physically they seem to be each others’ type and it sounds like they’ve already bonded on some serious things. Is it time that Rob pulled the plug on his relationship with Kristen once and for all? Should he leave her in the past with all of the Twilight movies? Tell us your thoughts in the comments below!