Kim Kardashian Has Become A Recluse Since Getting Pregnant 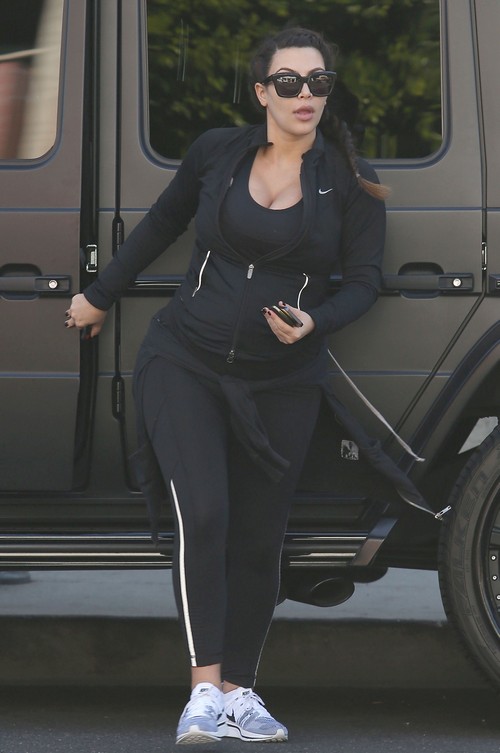 Kim Kardashian has been photographed constantly since Kanye West announced that she is carrying his baby. In a new interview, however, Kim says that she’s been acting like a recluse ever since the pregnancy revelation came to light. Heh, she’s not too bright!

When speaking with Fabulous magazine, Kim said that she and Kanye deal with their personal lives much differently. She said, “I’m definitely more of a recluse since I was pregnant. But I haven’t necessarily decided to hold myself back, it’s just preparing myself for respecting the privacy of my child and my boyfriend. We have different lives, but I love being open. That’s who I’ve always been. That will never change because that is who I am.”

With regard to her baby being raised in the spotlight, she said, “It does worry me when I think about it. My little sisters have grown up so amazingly with really good heads on their shoulders.”

She’s slowly but surely convincing herself to put her baby on display on their reality show, isn’t she? What do you think?

Meanwhile, Kim has been blabbing about how she feels about Motherhood.  To find out the deets, head over to Girls Talk Smack, CLICK HERE…