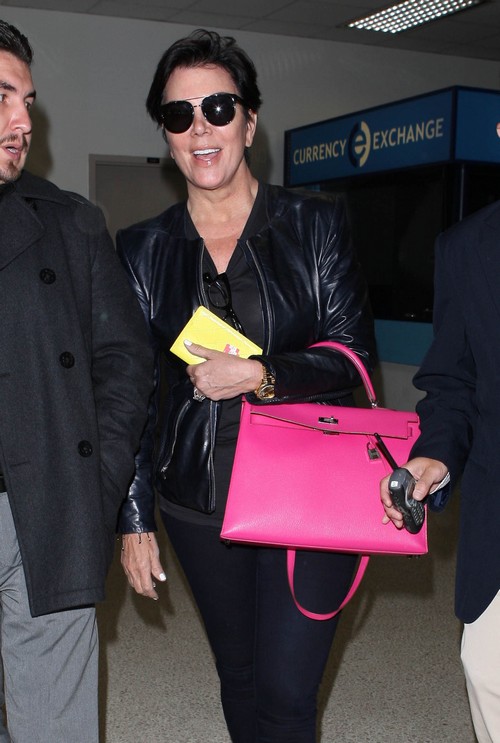 So we already know that Kanye West had to jump through some serious hoops to get his baby mama, Kim Kardashian through the front door of last weeks’ Met Ball, mainly because Anna Wintour is most certainly not a fan of the Kardashian publicity machine. She agrees with the rest of us, this family is famous for contributing precious little to anything of value. Their talent is staying on the cover of weekly tabloids and little else. Last year Kimmie wasn’t allowed through the front door of the Gala even though she had no trouble coughing up the $25,000 ticket price! This year Anna relented, probably because Kanye was performing and allowed Kim to attend and watch her man throw a hissy fit onstage.

Apparently Kris Jenner thought that getting Kim inside would mean that she could finagle a ticket for herself as well but that’s where Anna drew the line. Kris Jenner is still band from the legendary event according to a well placed snitch.

“Anna approves every star who enters and although she finally relented on Kim, she drew the line at Kris, who was desperate to attend. Anna wants a parade of stars at the gala, not a parade of reality stars!”

I happen to love hearing that Kris can’t get through the door of a major event such as this! And you know after all the drama Kim and Kanye will likely not be allowed back either! Could this maybe be the beginning of the end of the Kardashian famewhore empire?  I mean if prominent people are starting to diss them then that’s a huge shift, right?  I’ve also heard that while Kris’ talk show is a go she’s having a really hard time booking guests! Could the writing finally be on the wall for the Kardashians? Tell us your thoughts in the comments below!

To check out a video of Kanye West having a fight with a pole recently, CLICK HERE…