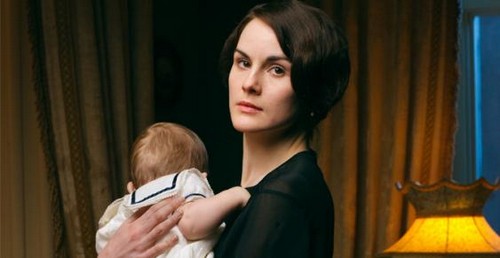 For all of us looking forward to the fourth season of Downton Abbey, we can confirm that the show is set to return on January 5, 2014. Obviously, this post contains spoiler alerts if you are not up to date with the latest happenings on the show.

Proceed at your own risk, as the following gives away major plot points. After the jump!

In season three of the hit PBS show, we saw the death of Lady Sybil and Matthew Crawley. Also of note, John Bates was freed and offered his assistance to Thomas Barrow to help him get a reference for new employment. Instead of being fired, he was made Under Butler after Bates threatened him with the secret of the soap from O’Brien.

In other news, we’ve learned that O’Brien won’t be returning for the show’s fourth season. Who will be her Lady’s Maid from here on in? Any guesses? Before departing the Abbey, will we learn whether or not O’Brien told her Ladyship about the soap that she slipped on which caused her miscarriage?

More importantly, what will Lady Mary do now that Matthew is dead? What will she name their child? Perhaps if it’s a boy, she will name him after his father?

What do you think is going to happen in the fourth season of Downton Abbey? Hit the comments and let us know your thoughts!