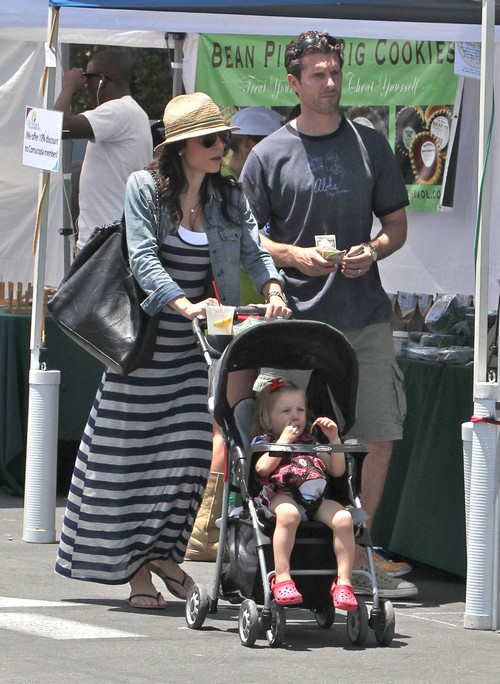 Remember late last year when Bethenny Frankel and Jason Hoppy first split up and they insisted that they were going to keep things as civil as possible? Yeah, well that lasted for about two minutes and then the battle lines were drawn- over the baby and their property. Anything that these two can take issue with, they do. Jason has refused to leave the couples’ home so that he can be closer to their daughter Brynn, at least until custody is decided. Bethenny swears she has locks on her bedroom door to feel safe and to maintain a sense of privacy. It’s a huge mess and neither of them seems to be showing any intention of backing down. When it comes to parenting, you better believe the court will be deciding custody because these two can’t play nice even for Bryn’s benefit.

Recently Bethenny started talking to the press about her situation with Jason and it really pissed him off. She told People Magazine that marrying him was a huge mistake and by making these comments she has found herself in more hot water.

“All the things that I’ve tried to resolve in therapy and get past from my childhood reared their ugly head in my marriage. My marriage made me feel like I was a bad person, like I was damaged, I was dysfunctional, I was never going to be happy,”

Well, Jason really appreciated Bethenny sharing these golden nuggets with the world, so much that he is dragging her right back into court. Understandably he is now trying to shut up his ex. Jason believes that Bethenny is looking to play the part of a victim in order to gain public sympathy and so now he is petitioning to have a gag order issued for their case. I can’t say that I blame him and if he’s not looking for press either way, but just wants the legal issue resolved then a gag order makes sense. Supposedly Bethenny will fight it because she wants to talk and she wants the general public to see her as that victim rather than the cold piece of work that the media usually shows her as being.