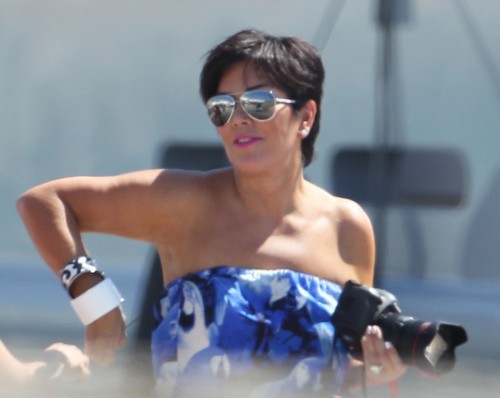 Rumor has it that Kris Jenner is cheating on her husband Bruce Jenner with hairdresser Alex Roldan.  Alex is the man who is rumored to be the father of Kris’ daughter Khloe Kardashian.  It wouldn’t really shock anyone for that to be true, would it? They look so much alike!

When Kris Jenner was married to Robert Kardashian, she screwed around on him. So many of us are still of the mind that her hairdresser Alex Roldan is Khloe’s real father. Now we’ve learned that she has been having a secret relationship with a “friend” and it may cause a divorce between the famed momager and her husband Bruce Jenner.

So Kris has a history of cheating with Alex, but this time she was caught red handed.  The insider said she was, “caught in [a] half-naked kiss.”

The two have grown even closer and Alex has become Kris’ confident. “She’s been confiding in him about her struggles with Bruce and they’ve also bonded over reports claiming Alex is Khloe’s real dad.”

Things got bad when they were caught KISSING! And Bruce found out about EVERYTHING! Poor guy, he should get out while he still can. Ha.