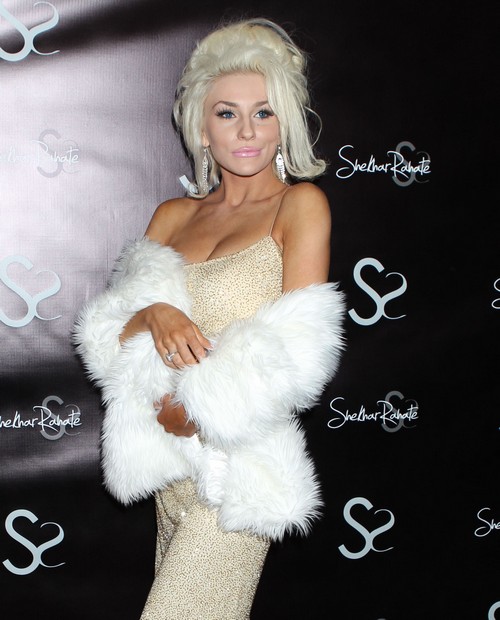 Courtney Stodden who likes to pose in photos of herself half naked has revealed that she has a sex tape.  Courtney explained the tape was shot privately after she turned 18 and there is no one in the tape but her.  Courtney said the tape is,  “just me,” she claims, adding that it wasn’t shot too long ago. “I turned 18 in August, so you do the math.”

Courtney also claims the tape is not for public viewing.  She has no intention of being the next Farrah Abraham and she says we will not be seeing the tape at Vivid.  Courtney who is married to Doug Hutchison made sure the tape is not on any computers, so their is no chance hackers will get their grubby little hands on it.

Eonline has the scoop on the story, “The buxom blonde declined to give any more details—”I don’t want to put any images in people’s mind; I’m gonna leave it up to you guys to think what you want”—but insisted she has no plans to release it.”

Not one to stop talking, the over tanned, over plastic surgery teen also gave Eonline the scoop on whether a  Playboy nude photo shoot is in her future.  She said, “They haven’t seen any nude photos of me yet—I haven’t submitted any to them.”

That is Courtney always keeping it classy, not!

5 Comments
Leave A Reply
Cancel Reply
For All The Alaskan Bush People News!