RHOBH’s Kyle Richards is Married to a Dirtbag 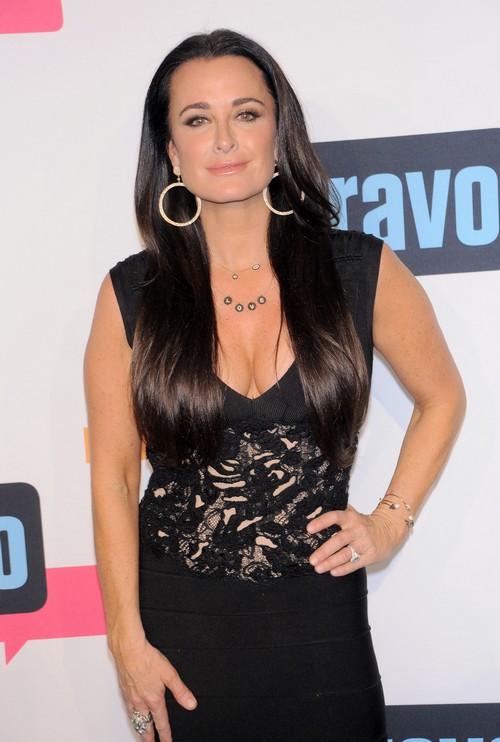 If you’ve watched even one episode of any of Bravo’s Real Housewives of wherever shows then you know that each of these ladies absolutely needs to present her husband as the absolute best guy on earth. We should all be jealous when we tune in and go to bed praying to land a guy like these chicks have found.   Kyle Richards  is one such housewife. She has been married to super hot Mauricio Umansky for seventeen years now and the camera captures a somewhat perfect looking life. A house full of kids in Beverly Hills and every luxury imaginable.

Mauricio appears to be the most charming guy around and super committed to Kyle- except that he isn’t. Rumors have plagued him for years and Kyle simple ignores when the facts are lined up right under her nose, probably because she can’t handle dealing with the truth. She married a womanizing slimeball and all of that flirtatiousness that works on her also works on a multitude of other women.

According to the May 27th print edition of STAR, Mauricio has no problem talking dirty to the women he encounters either. He was overheard telling a random chick “You’re incredibly hot. I’d like to do you and get with you.” while Kyle was in the next room as the couple hosted a major party. “ Not only is he smarmy, but Mauricio is also super arrogant, probably because no one really dimes him out.

Friends of the couple know that Mauricio cheats but they stay quiet. He’s one of those guys that seems to have everyone in his pocket. Do you think Kyle will ever wise up and decide to face the truth?  Should she kick Mauricio to the curb and stop clinging like a needy and desperate girl? Tell us your thoughts in the comments below!