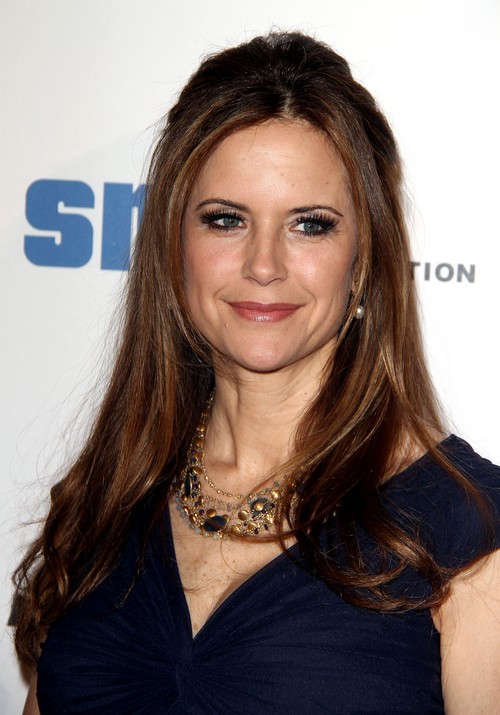 Kelly Preston hasn’t worked in years. First she was  mourning the loss of her son, with husband John Travolta. Then the couple decided to have another baby and Kelly spent awhile at home with the kids while John worked. She played everybody’s care taker while John appeared to play with every masseuse in the country. He played planes, trains and automobiles with any guy willing to give him a rub down and recently, Kelly totally lost it. She decided to maybe divorce John and definitely go back to work.

Kelly got lucky and landed a pilot for ABC and sure enough, along comes John to screw it all up. He has visited her on the set of Keep Calm and Karey On and brought with him his uber Scientologist ways. The shows creator and a precious few of the crew are Scientologists so when you put them all together it turned into a big cult love fest led by John. According to the May 27th print edition of STAR, Kelly is walking the line. She believes what she believes, but she’s also picking up on a ton of bad vibes on set.

Rumor has it the rest of the cast and crew now feel like they’ve signed on for a Scientology project and it’s all destined to fail now. Kelly is desperate for Keep Calm and Karey On to get picked up because she truly needs this job and the escape it provides. My guess is that the series probably has a better shot than her marriage does!

Should Kelly bounce John once and for all and take her life back? Tell us your thoughts in the comments below!