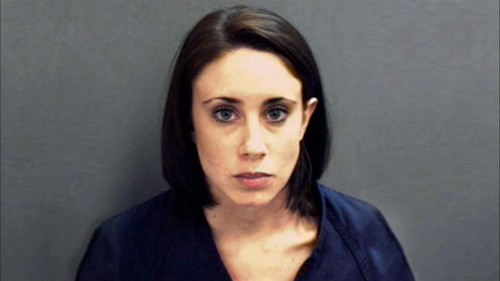 It’s pretty bad when even the judge that heard your case can’t believe that you’re free to roam the streets. Of course I’m talking about Casey Anthony and her infamous acquittal nearly 2 years ago. Just when you thought that anyone who was any body had already weighed in on what seems to be a massive mishandling of justice, the judge finally is speaking. Belvin Perry sat on the bench for 41 days listening to 300 pieces of evidence being introduced and over 90 witnesses took the stand to testify. According to the May 27th print edition of GLOBE, Perry was sure that Casey was heading for a needle in her arm.

Instead Perry had to reread the verdict several times to himself before announcing it because he couldn’t believe his eyes. Perry believes that the jury was handed more than enough evidence to warrant a first degree murder conviction and he was as disgusted as the rest of the country when Casey walked away free. He believes that she absolutely got away with murdering her two-year old daughter Caylee in cold blood.

Perry believes that the jury didn’t consider the evidence while deliberating because it took only 11 hours to reach a verdict. A thorough look back at everything should have taken longer. They were just anxious to get out of their and on with their lives.

Perry also believes that Casey will get what she deserves eventually. He thinks she’ll be a victim of a street crime and that some random person will realize who she is and be unstable enough themselves to take justice into their own hands. Do you think Perry is right? Will the notorious party chick end up dead on a sidewalk somewhere? Tell us your thoughts in the comments below!