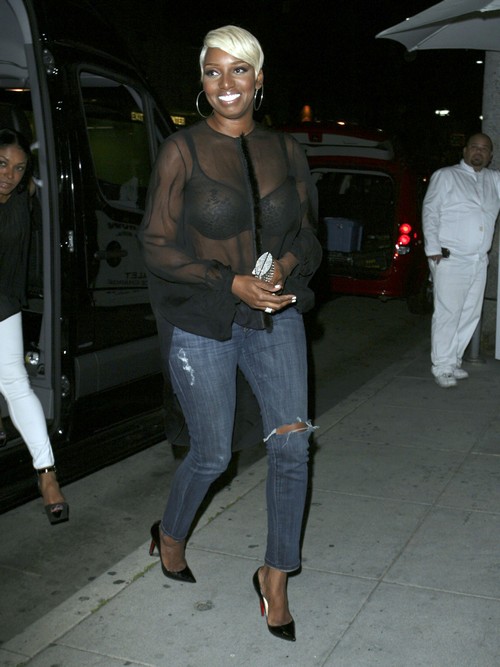 I think one of the main reasons that The Real Housewive’s of Atlanta’s NeNe Leakes is so popular is her fearlessness. This chick doesn’t hesitate to tell you exactly what she’s thinking about anything or anyone. She recently sat down with Watch What Happens live host Andy Cohen for an hour long chat and by the time she wrapped up the lengthy interview she had managed to piss off many of her Bravo costars.

According to the May 27th print edition of In Touch, NeNe has caused an all out war behind the scenes of Bravo’s Housewive’s series. First she took aim at RHOBH’s Brandi Glanville, basically reducing her to a glorified drunk. It’s true that Brandi drinks and also has no filter, but when it comes to speaking her mind Brandi is actually an awful lot like NeNe.

NeNe also thinks the ladies of RHONJ are way too mean. While Teresa Giudice admits to being the source behind most of the shows scandals, NeNe actually supports her in everything against her cast mates. As for RHOC, NeNe thinks the show is boring and just needs to be recast from the ground up. I’m pretty sure Tamra Barney had a lot to say about that comment!

Obviously Bravo producers knew that NeNe would do exactly this, she’d provide a lot of commentary that would stir up other network stars and it would all generate press which is always good for Bravo.

Do you agree with many of NeNe’s assessments or do you think she should simply shut her mouth and worry about herself?  Has she gone too far this time? Tell us your thoughts in the comments below!