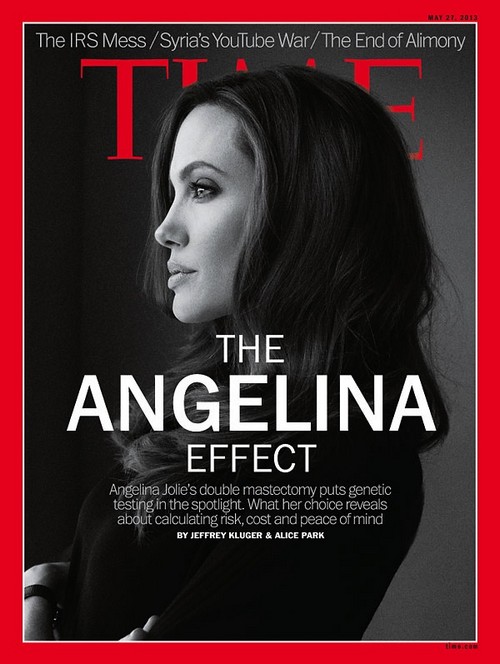 A week after learning that Angelina Jolie opted to have a double mastectomy earlier this year to seriously cut down on her chance of getting breast cancer, we’re now hearing that she is planning on doing a film to celebrate her late mothers life. Marcheline Bertrand was invested in being a champion for women’s issues and was deeply involved with helping Afghan refugees long before Angelina started to show an interest in such things.

Apparently Angelina Jolie believes that her mothers life and legacy is worth portraying onscreen and Brad Pitt’s Plan B company will be producing the film when it’s made. Of course Angie intends to play the role of her beloved mother. She recently spoke of her gratitude at having her mom with her for as many years as she did saying,

“I feel blessed that she was around to see both my brother and I in a nice place. She waited till everyone was OK. Then she closed her eyes.”

The lost of Marcheline is something that Angie herself has said she’s not likely to ever get over. I understand why she’s so important to her, but do you think others will care to tune in to watch her mom’s story unfold on camera? Would it be a compelling story or is it just something that is so significant to Angie that maybe she isn’t seeing how the general public would really react to it?

In the meantime, Angie is said to be recovering from her surgery and it sounds like more will be coming. Because she shares the faulty BRCA1 gene she has a 50% chance of developing the same kind of Ovarian cancer that killed her mother so it’s very likely that she’ll choose to have those Ovaries removed by choice. Have you been paying attention to Angie’s health crisis these past few weeks?  Tell us your thoughts in the comments below!