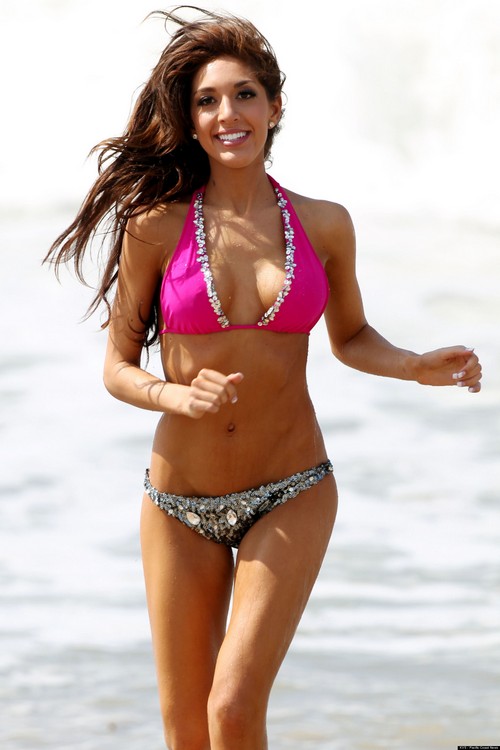 Farrah is a little pissed off that her fellow Teen Mom’s haven’t supported her endeavors. Especially Catelynn Lowell has been very vocal about what a bad idea this video was. She and Farrah have traded barbs on Twitter and Farrah has just concluded that Catelynn is jealous of her high-priced, onscreen bangability. She actually has accused her of being jealous. Clearly Farrah is so far off the deep end she doesn’t even know what reality looks like.

Farrah also thinks that her naysayers should shut their mouths because she’s just trying to set a good example for teenaged moms everywhere. I can’t even begin to imagine how Farrah thinks it’s setting a good example to make a flick like this. She claims she did it for the money so that she can go to school for her Master’s Degree! In what exactly, I’m not sure if she even knows.