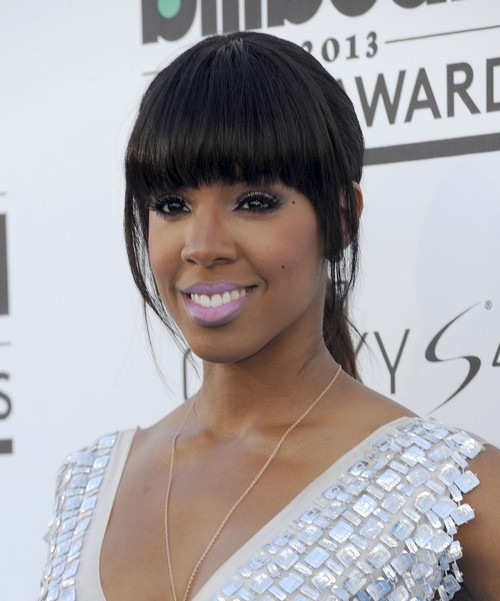 There are rumors swirling across the internet that Kelly Rowland and Paulina Rubio are being courted to judge the next season of The X Factor. We already know is that L.A. Reid has already left the show in order to run Epic Records. In addition, Britney Spears has left in order to promote her music career, so we are left with Simon Cowell and Demi Lovato.

With the third season of the show looming, we knew that the rumors would start piling up about who would be taking the empty judges’ seats. TMZ says it’s going to be Kelly and Paulina:

Sources connected to FOX tell TMZ the pair are in final negotiations to join the show … with only minor details left to be hammered out before they sign on.
We’re told the deals will be done in the next few days, possibly as early as tomorrow.  Rowland and Rubio would be replacing Britney Spears and L.A. Reid … and joining returning judges Demi Lovato and (of course) Simon Cowell.

We’re not sure exactly how we feel about Paulina joining the show. Kelly is decent, but we’ve heard that Simon is looking for more than just star power and mostly wants chemistry. What do you think of Paulina and Kelly joining the show? Let us know your thoughts in the comments below!

The X Factor USA Mixes Things Up for Season Three

Demi Lovato Returning To “The X Factor” For Season 3: CONFIRMED