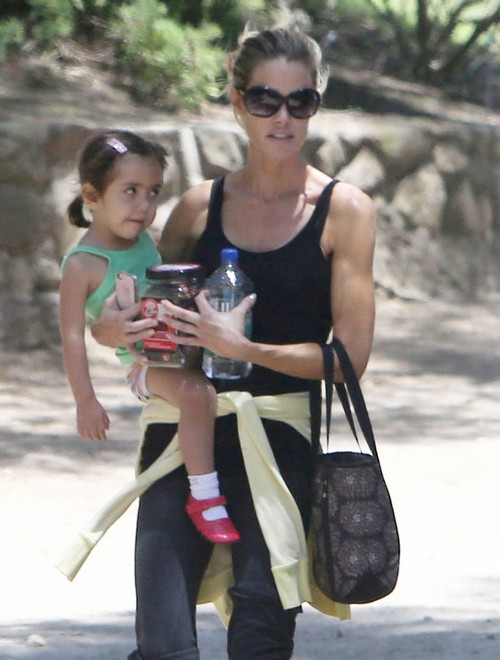 Surprisingly enough, Denise Richards actually enjoys hanging out with her ex-husband Charlie Sheen. We kind of admire how much they get along for the sake of their children together. It’s just so adult, good for them!

She revealed, “My situation with Charlie is that we’ve gotten along for quite some time now, and it’s much better, I think.”

She continued, “One can feel one way and one can feel another way, and there’s lots of feelings and emotions there, but at the end of the day we want our daughters to benefit by us getting along. For myself, I don’t want to have an unhealthy relationship with him…life’s too short for that and we actually enjoy hanging out and being with the kids, and it’s much easier.”

As far as why Charlie doesn’t have his two sons with Brooke Mueller, a spy close to the situation shed some light on the family problems. The source said, “He loves those kids. But he’s got a crazy work schedule, filming two shows a week, and would rather they spend time with Denise and their daughters than with a nanny at his empty house.”

To see what Denise Richards has to say about raising Charlie Sheen’s children head over to Celeb Baby Laundry, CLICK HERE!