Amanda Bynes Has Drug Parties Until 5AM? 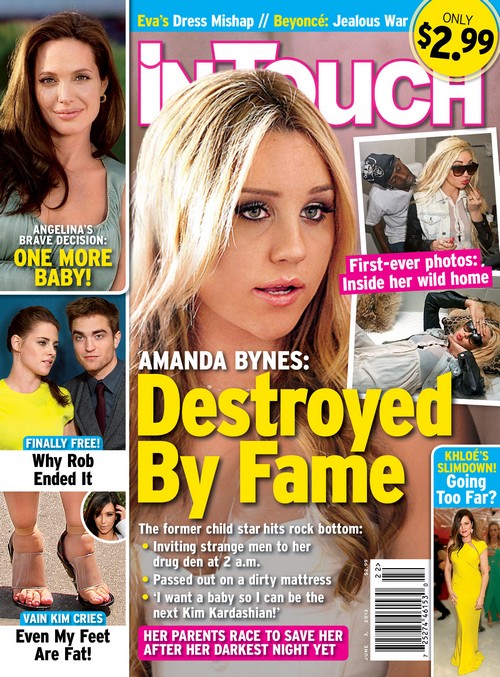 Amanda Bynes has seemingly spiraled out of control in the most recent months. She has been photographed smoking pot in her car and has been trying to get Drake to “murder” her vagina. So it doesn’t surprise us to learn that she’s acting crazy and partying it up until the wee hours of the morning.

Amanda is featured on the cover of the latest issue of In Touch Weekly and we see that she has been “destroyed by fame”. We know that she likes the ganja, but we’re guessing that she has more of a mental condition ala Britney Spears more than anything else. That she denies, but we do know that something is up with her.

The tabloid reveals that Amanda is inviting strange men into her “drug den” at 2 o’clock in the morning. In addition, she passed out on a dirty mattress and said that she wants to have a baby so that she can be the next Kim Kardashian. Okay, now we’re not buying that last bit. No one really wants to be Kim Kardashian, do they?

She could always put out a sex tape and get a reality show…it worked for Farrah Abraham.