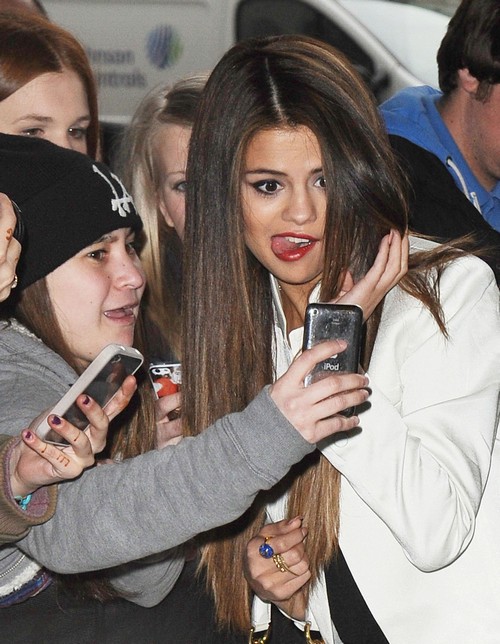 Did you see the kiss that Justin Bieber and Selena Gomez shared backstage at the Billboard Music Awards this past weekend? Did you also see country singer Taylor Swift’s reaction to said kiss? It was comical and it summed up just about everything we think of when we hear Justin’s name…blech!

Apparently Selena really doesn’t care about what her friend Taylor thinks about her off-again on-again relationship with the Biebz. A source revealed, “Selena will remain friends with Taylor regardless of her dating Justin. Selena knows that Taylor is not a threat to their relationship physically and will overall make her own decisions.”

The source went on to say, “At the end of the day for Selena, she knows it is best for her to remain friendly with both, because the only times Taylor will really see Justin is during award shows. Everyone can fake that they like each other for a few hours when they are in those situations.”

The snitch added, “Selena is not going to make it an issue because it will become an issue if she picks sides. [Taylor] hates Justin and wants Selena to have nothing to do with him. It seems that Taylor’s dislike of Justin comes from her love for Selena. Taylor is probably skeptical of their relationship because she doesn’t want her friend to get hurt again.”

Can you blame Taylor for feeling the way she does? We don’t. She has been by Selena’s side before she began dating Justin and will likely be there for her afterward.